I made it to Charleston after a ride to the Tri-Rail train station and five trains later I was in Miami Airport. And I hopped a flight to begin my travels to Kanab.

Let me explain a little bit about travel privileges on airlines. If you work for one, you get them. This pretty much gives you free or damned cheap unlimited access to flights, not only on your airline, but others as well. It sounds terrific: “Wow! You can fly anywhere for free!”

Well, sort of. It all works out if there are any empty seats.  If not, you’re stuck. You wander around the airport, going from airline to airline searching for flights to your destination that has empty seats. So did I luck out on a Friday night? You know it! I ended up on the “Little Brother” of my own company. 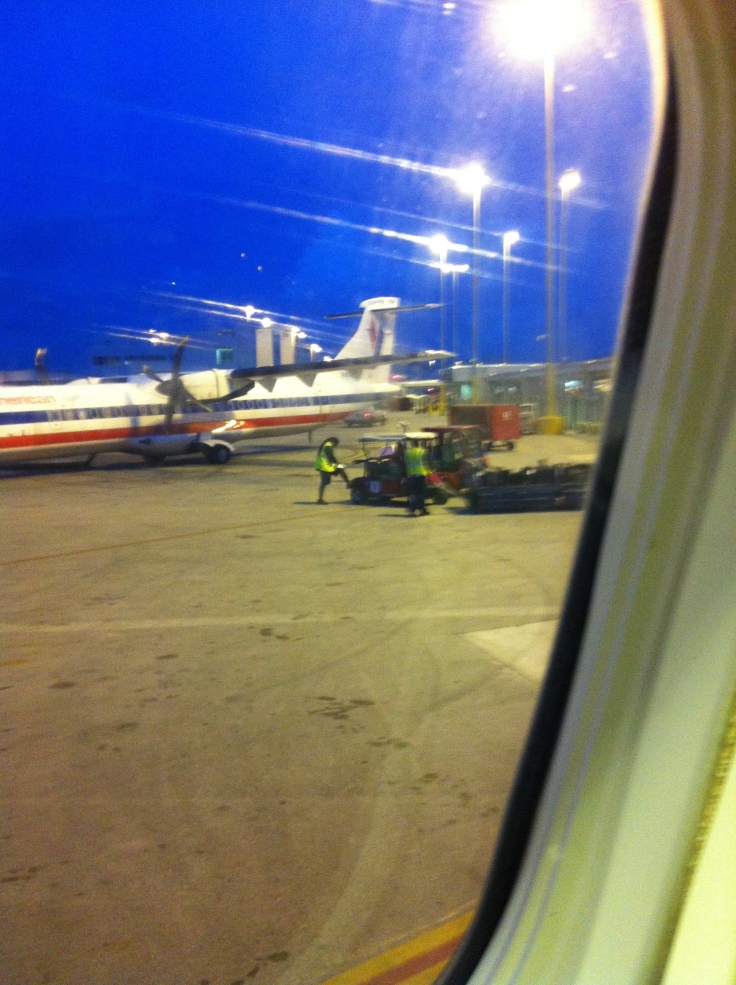 So it all worked out for me. No snags, I got on, the Flight Attendant was fabulous and all of my luggage made it with no breakage. This includes a bottle of Cabo Wabo tequila Janet’s husband, Cameron bought in San Antonio at the AFA Conference. They finally realized Janet couldn’t carry it back with her due to the TSA liquid restrictions in place. Which don’t apply to me when I’m in uniform. So I was elected to carry it in my carryon luggage from San Antonio to Dallas and on to Fort Lauderdale. It then took its next journey last night from Fort Lauderdale. Five trains and a flight later it ended up at its intended destination. When I produced the bottle, Janet said, “Oh wow! I forgot all about that!” It was very much appreciated, actually.  Apparently it’s a nice tequila.

As I said, it worked out very nicely. Janet picked me up at the airport, we dragged my stuff up to the F.R.O.G., (Free Room Over the Garage) which is my home when I stay at Janet and Cameron’s abode. I got semi-unpacked and slept like a rock.

This morning, I felt frisky enough to make a little breakfast for Janet’s Mama and  I got a gander at Janet’s garden:

Janet got a new video camera. Mine’s bigger. I guess that’s not so good anymore. 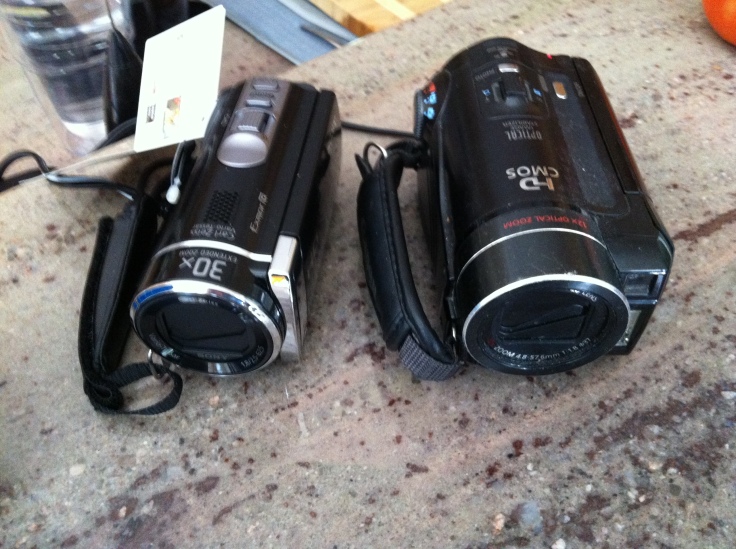 This morning, we went shopping. In a store. This is odd for me because I don’t shop much anyway and most of my shopping is done at the Goodwill and army/navy surplus stores. (I’m thrifty that way.) But I did find a new bag that was half price and Janet had a 30% off coupon, so it cost me very little. And it will hold my laptop:

Red has the guts pink only dreams of…

After the shopping, we ended up at Fuji and had lunch. I was starving. I had two deserts. We also had some edamame:

On the way back home we stopped by Brenda’s house. Brenda is Janet’s older sister. We found out Brenda got the Yard of the Month award from her homeowner’s association:

And now? Well, I’m just hanging out, doing some writing, playing with dogs, cats and birds and getting ready for an amazing trip to Kanab, Utah. I’ve been there before, but it really is beautiful and so many friends are coming together to help out Best Friends Animal Society and their Parrot Garden.

It feels good. Last time I went, I was a lone agent. This time? We’re a small army. It will be a different feeling this time. I’m looking forward to it. And I’ll be updating throughout the next few weeks with both photos and videos about the travel, the work we’re doing and what we’e up to. I can guarantee one thing. It’ll sure as hell be interesting. And that’s all I’ve ever asked of life. Wish us luck.

6 thoughts on “The Working Vacation”