Su Gould strikes again! Su is the immensely talented editor of Snowball the Dancing Cockatoo’s cartoon series on Facebook. Su is the overworked Chief of Staff to Snowball. Seems that hiring Buddy Palmetto took some of the load off, but due to the fact that Buddy is an insect, I’m not sure he’s that handy around the office.

Irena Schulz on the left with Su on the right. Su’s obviously formulating the next “Snowball” cartoon in her head.

I don’t know how she thought of it, but it really is hilarious. Her photoshop skills are amazing and her story line is witty. But this simply  laid me down! The fuzzy photo of Snowball is deadly accurate of a “Star in Crisis,” and the layout is dead on. I don’t know how she does it, but I always look forward to her cartoons! Here is the cartoon this little rag appeared in: 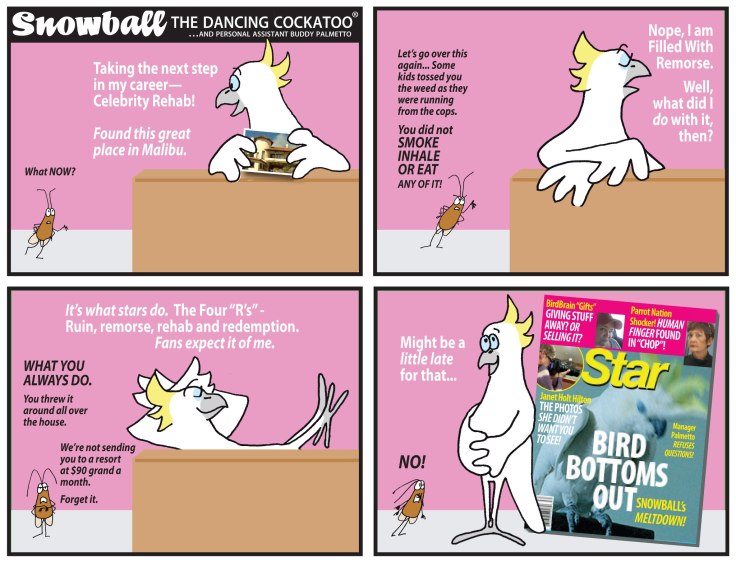 Su is witty as hell and we all look forward to her next bit of brilliance!