Kelly Moore Parsley and Her Own Personal, “Hotel California” 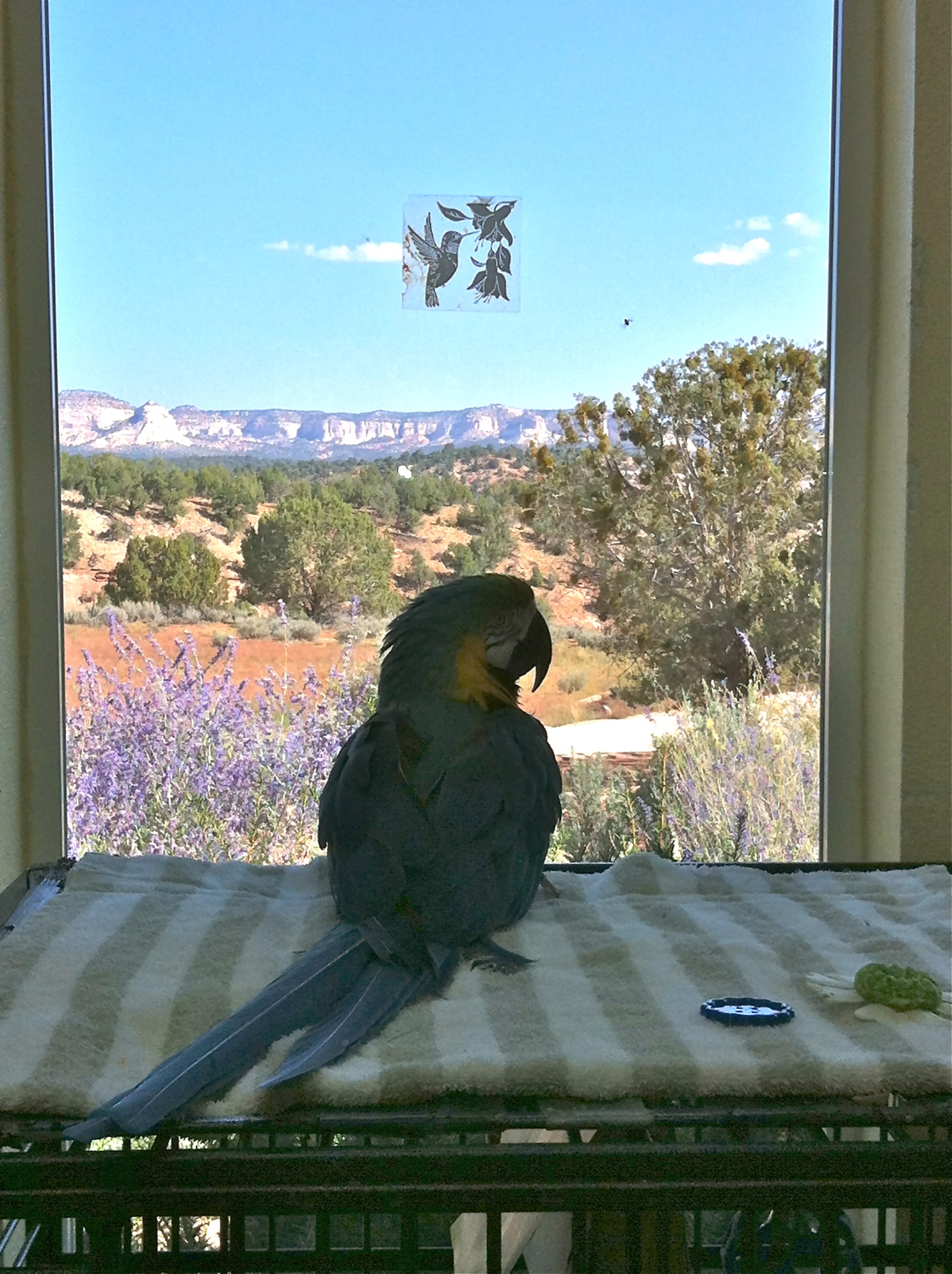 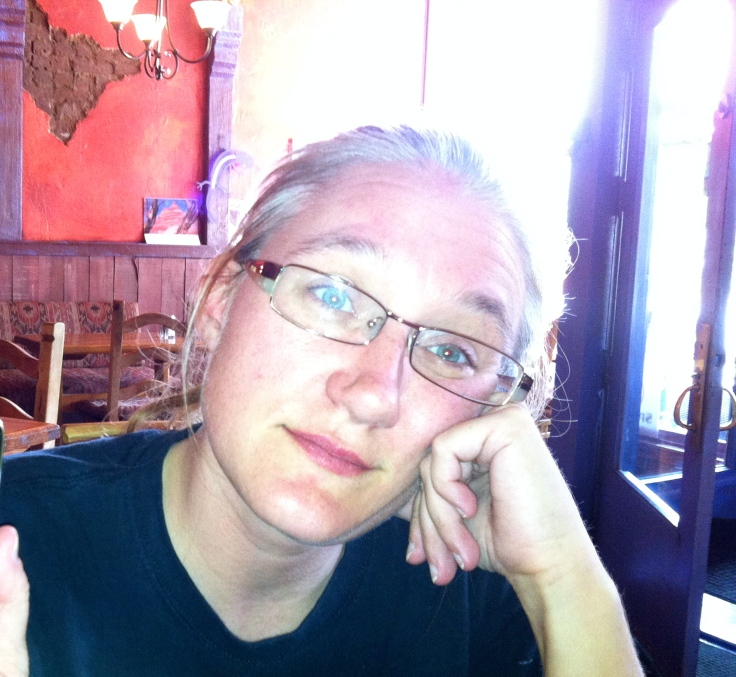 Kelly at lunch, looking a bit tired…and it was well deserved.

Kelly Moore Parsley, along with Bonnie Grafton did some phenomonal work at the Parrot Garden. Unlike me, where I was doing general heavy cleaning and  long term scrubbing, Bonnie and Kelly were in the trenches. 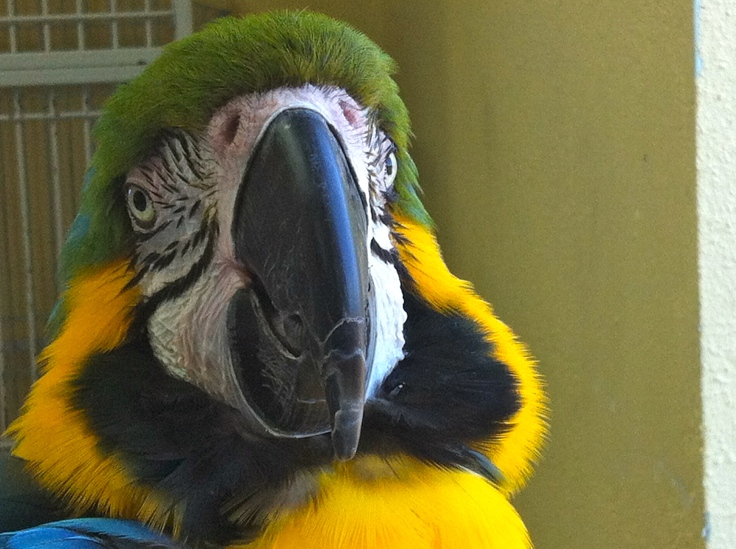 Lita, a favorite of Kelly and Bonnie.

They did the daily scut work: cleaning cages, changing cage papers, spot cleaning perches, scrubbing bowls, feeding birds, mopping floors, hosing down flight substrates. They transferred birds from their indoor cages out to their warm and bright enclosures for their turn in the sun and back again in the evening. This is the daily labor that exists at the Garden. They were good at it; thorough yet gentle, easygoing with the birds. They never panicked, never stopped and they never got frustrated. Jacque said she would have hired them on the spot if this was during a traditional two-week hiring tryout. 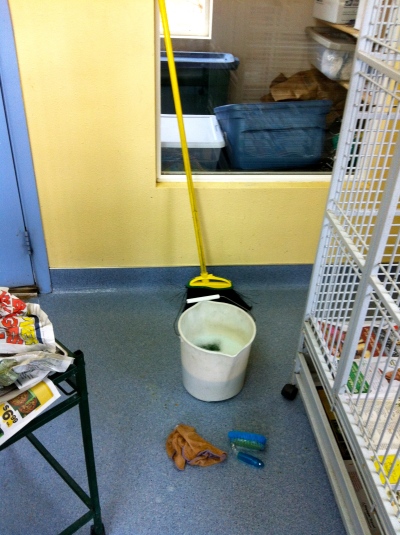 The tools of the trade…

So in effect, the cleaning became a time of interaction with the bird. They didn’t just clean out of the way of the bird. That time spent in the vicinity of the birds cleaning their cages became a time of training, of play and companionship. They made it interesting and fun for that bird. It was a lesson I learned from them: “Any time spent with them can be positively reinforcing; Even while cleaning their cage.” But until I saw them do it, it never occurred to me that those few minutes could mean the world to those birds. 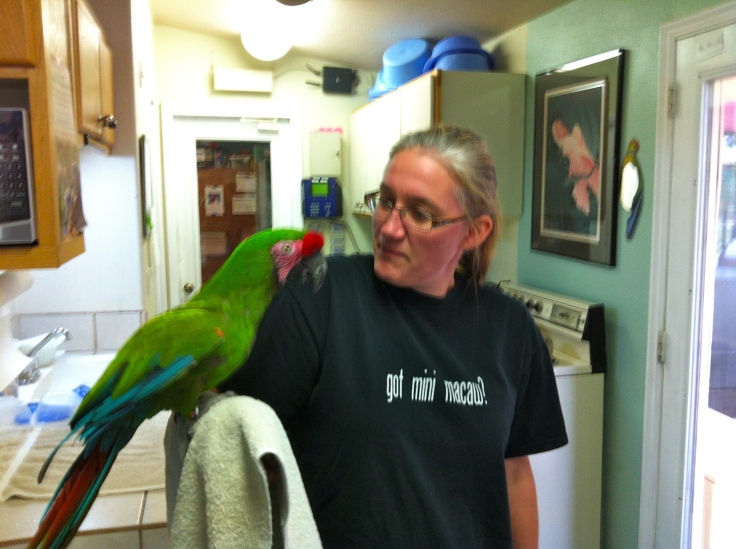 Kelly explains it best in her own words:

Best Friends-what can I say?  The line “You can check out anytime you like, but you can never leave” from The Eagles song Hotel California explains it all…

I initially wanted to go to Best Friends because it sounded fun, exciting and new. The events in Ohio surrounding the WOTR birds changed that for me.  In early June I started driving to Dayton twice a month to help the Greater Dayton Humane Society care for the birds. I went six times total to help. I had to stop going because it became increasingly more emotionally draining after I would leave. 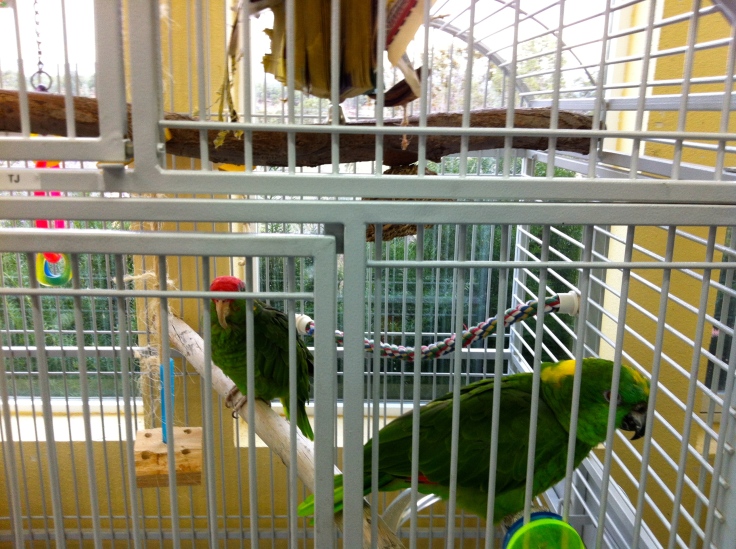 Shrimpy and TJ; two birds who benefited from Kelly’s care

The trip to Best Friends became much more than having fun and more about seeing a place dedicated to the animals in their care. I had every intention of going to every area and helping out, every intention of experiencing it all. That didn’t happen….

I have a hard time putting into words how I felt when I arrived. The place is huge and beautiful. My God it is beautiful. It almost brings you to your knees. The looming red rocks, the charming little town, the red sand and the colors. Everything seems bigger, brighter and more colorful. Best Friends fits into the landscape, as though it belongs there and has always been there. It is part of the vastness that surrounds you. As I said- it brings you to your knees. 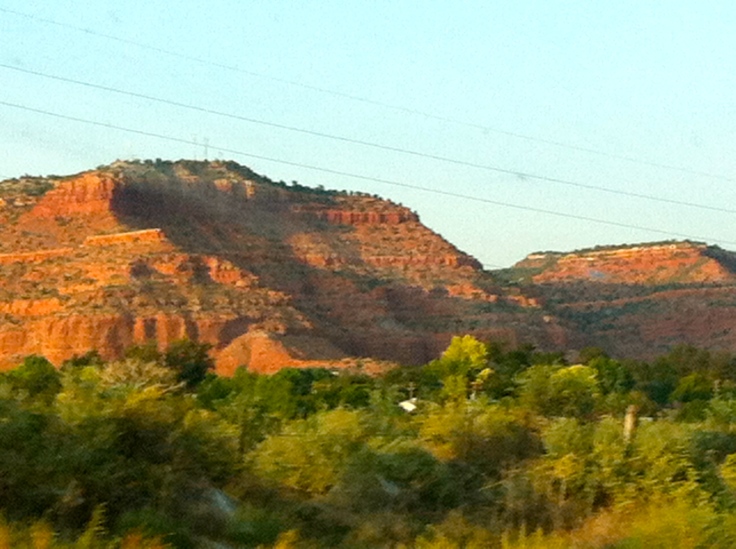 I had every intention of “doing it all.” But once I got to Parrot Garden I had checked in, so to speak.  I couldn’t leave. I didn’t want to leave. My desire to do it all turned into my need to stay here. That first day at the Parrot Garden, I was in awe. I had no idea what my expectations were. But I knew when I looked around that it had exceeded whatever those expectations were by thousands. I broke down. The only words I could muster were “it’s so good.” 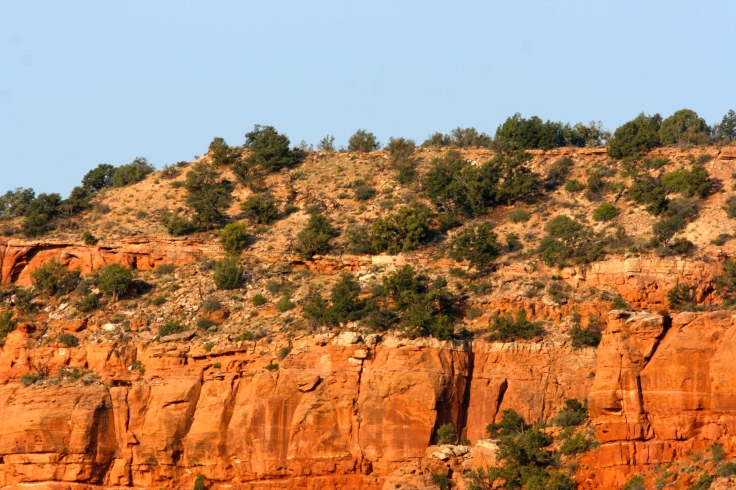 I broke down a lot that week. It is unexplainable. Finally, I was in a place where everyone just “gets it.”  They get it. There is no pretense, no personal agendas, no selfishness. It is all about the care and well being of the animals, or in my case, parrots and Layla, the Vicktory dog. Five people work at the Parrot Garden and take care of 100 birds and they do it well. I instantly needed to become part of that, learn from them, take it all in. It was overwhelming. 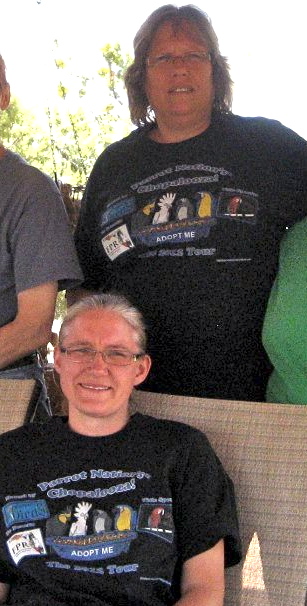 As the week went on I worked, socialized with birds, worked, socialized with people and something happened. I honestly felt as if I was part of the Best Friends family, not to mention that Bonnie and I became fast friends. Dare I even say dear friends? Those five people treated me as if I was part of the team. I began to realize that my need to come to Best Friends was because I needed to heal myself. I did that, they did that, Bonnie did that, and Patricia did that. 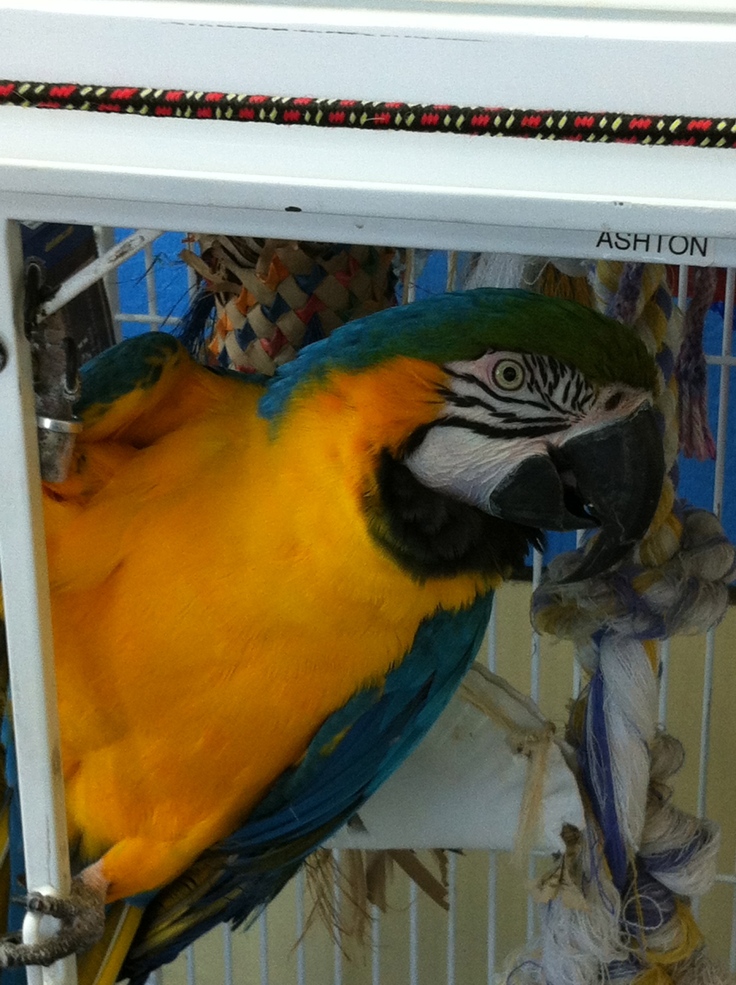 Ashton. A delightful and wonderful, yet worried bird.

My last day there was difficult.  I didn’t want to go. This was the first time I had been on vacation and was not ready to come home. I missed my family, but that was the only thing keeping me from staying. I left a piece of myself in Kanab at the Parrot Garden. And in turn, I took a piece of Kanab home with me. I will go back again. Because you  never really leave.

6 thoughts on “Kelly Moore Parsley and Her Own Personal, “Hotel California””