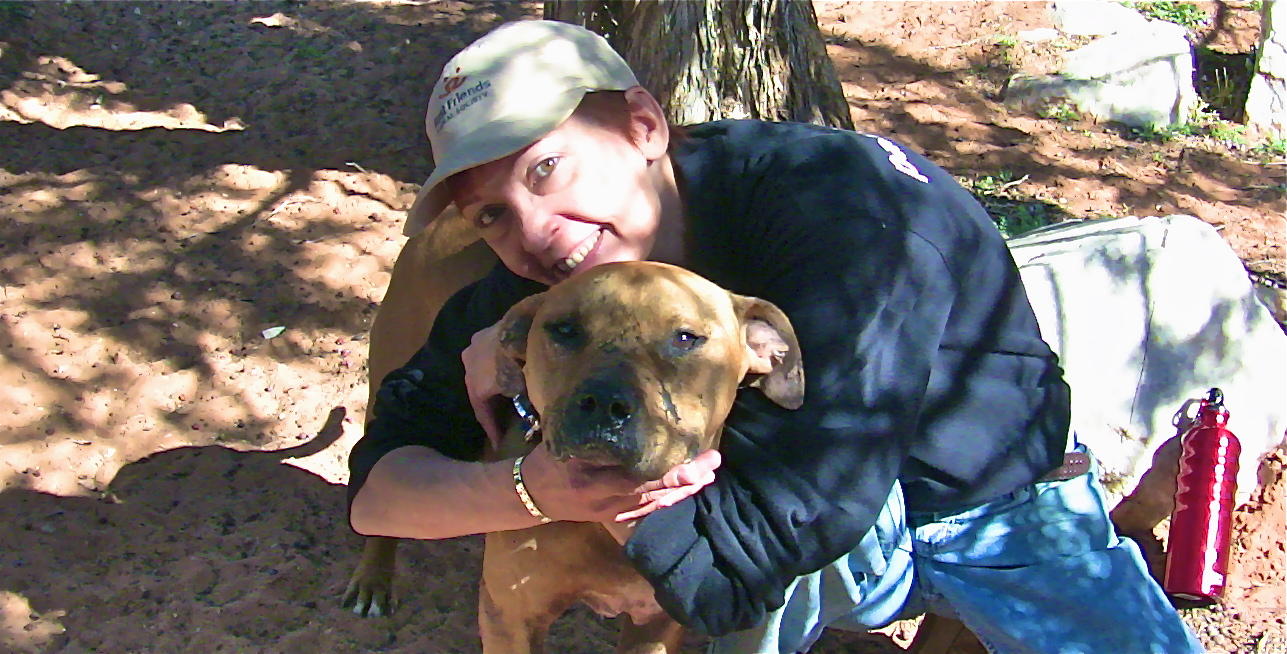 This is Lucas. Lucas was one of Michael Vick’s fighting Pit bulls and was Vick’s champion fighter. Apparently somebody made a lot of money on this dog. When Lucas arrived at Best Friends about five years ago with 21 other pit bulls, he was hopped up on steroids and about fifty pounds heavier than he is now. He has babesia, a blood borne infection that is transmitted in fight dogs by the bites. It can be kept under control and even put into remission, but I don’t think there is a cure.

I was given the opportunity to meet Lucas today and I can’t even begin to tell you what a nice dog he is. I made a short video while I was with Lucas:

I hope no one forgets what happened to these dogs and continues to happen to other dogs like Lucas. Dog fighting is a cruel and inhumane practice. And I hope posts like this and videos such as this one will help bring an end to it.