Oy! I’ve been meaning to post again for a week now, but I’ve had my hands full. I’ve been doing a lot of flying. It’s all been out of Miami Airport so the drive is kicking my keester. It’s been fun flying out of there but driving on I95 twice a day has been a killer.

I made this ginormous batch of Chop that’s going to last me until hell freezes over, or five months. Whichever comes first. I got a bit carried away at the market where I shop for Chop ingredients and ended up with enough Chop to fill my Big-ass stock pot twice. I was bagging the stuff for five hours. But I got some pretty cool ingredients in it:

I found some pretty kinky stuff to put into it. Can anyone tell me what this is? 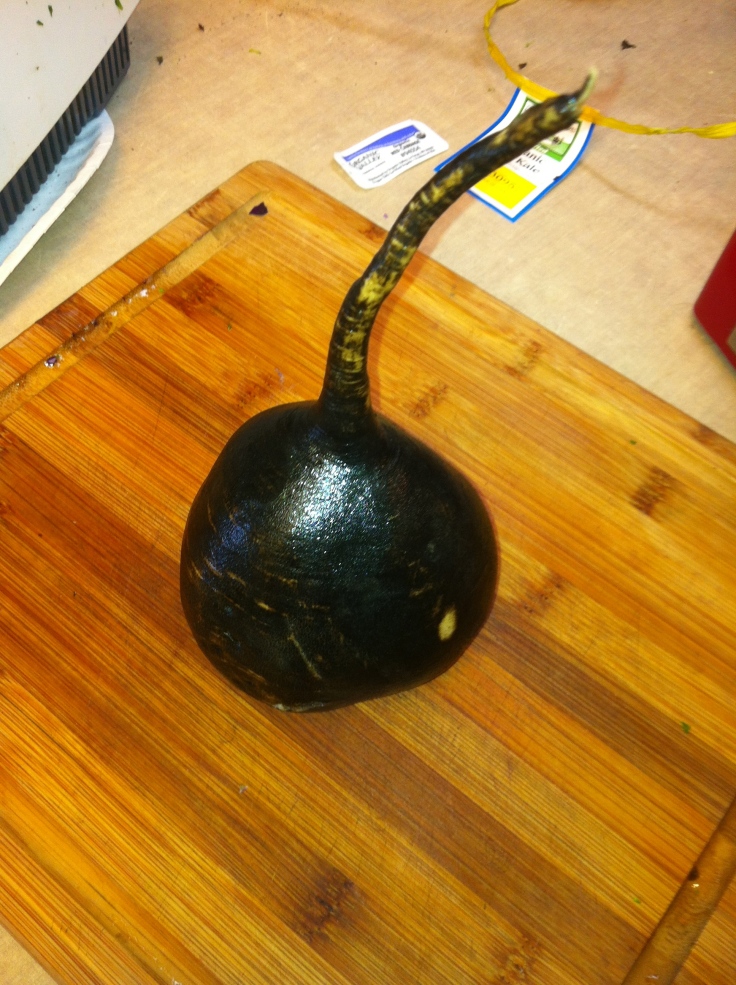 It’s a black radish. And it’s about the size of a tennis ball. I thought it was cool, so I got one for my Chop. It’s chewier than a red radish and spicier. I really liked the flavor and I thought the “woodiness” of the texture would appeal to my Greys. And get a load of the collard greens I had to chop up and throw in!

It was like trimming  a hedge, there was so much of it. But collard greens are REALLY good for the birds, so I didn’t mind doing it. And it all went in, stems and leaves alike.  But I wasn’t done with the weird stuff:

Yup, that’s okra. If you live in the south, that might not be weird to you, but I grew up in an Irish-Danish household in the suburbs of Chicago. In the 60’s. Okra might as well have been sushi to my family. No okra, no grits, no raw fish. I grew up in a typical white-bread, middle-class family. We ate broiled chicken, potatoes, roast beef, oatmeal for breakfast and peanut butter sandwiches. But my parents did manage to have some fun with food. I am embarrassed to report that we had an orange fondue pot with those idiotic long forks.

My Mother enjoyed making the old Jewish standby, Chopped Liver and sending that along with some matzoh in my school lunches so she could freak out the nuns. She loved getting a rise out of the penguins.  I also recall beef tongue sandwiches. On white bread. With mustard. I think about eating that now, with white bread and mustard and I want to heave. But at the time, I thought it was just fine. And of course, the nuns would have a coronary. So that always worked out.

My father was a bit of a food elitist, and ventured out with some fairly outrageous food items for the time. I remember him making stuff like pots de creme, which is a chocolate pudding-like desert, and he liked cooking roast goose on the barbecue outside. Dad had a recipe for Danish brandy cookies he would make at Christmas. We always knew when they were done because he put so much brandy in them, the oven door would blow open:

So the idea of putting okra in my chop is a fairly novel idea to me. But I digress…

Let’s see, let’s see. What else did I throw in this el mondo-grosso batch of Chop? Oh yeah! 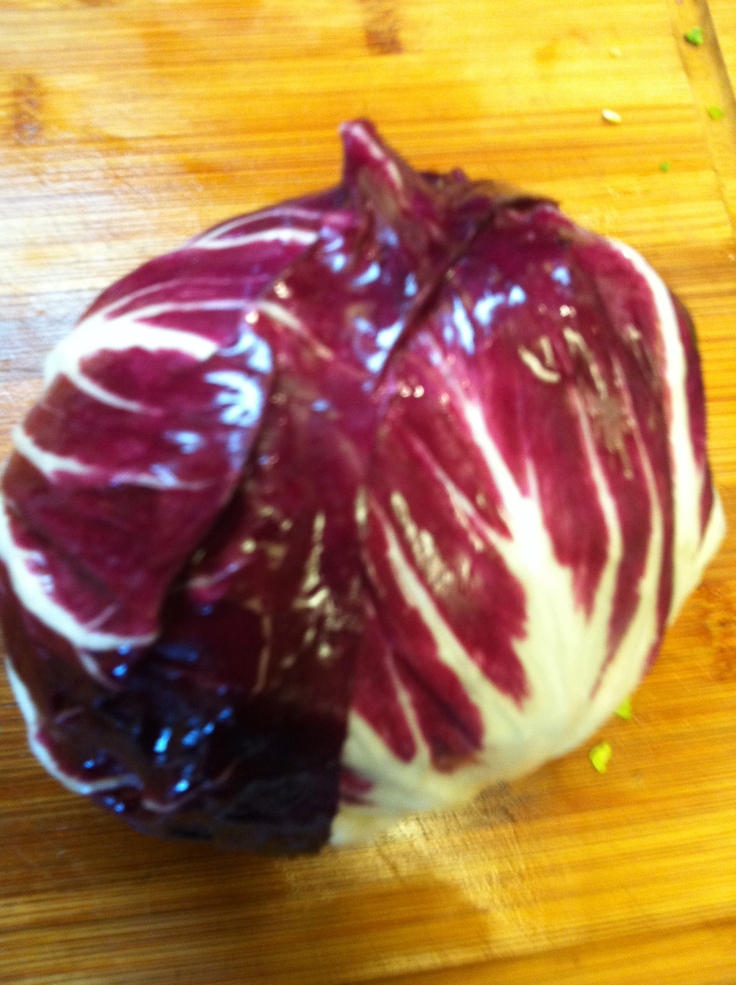 Yup. Radicchio. It’s colorful, a member of the cabbage family and it has a snappy taste, so what the hell… 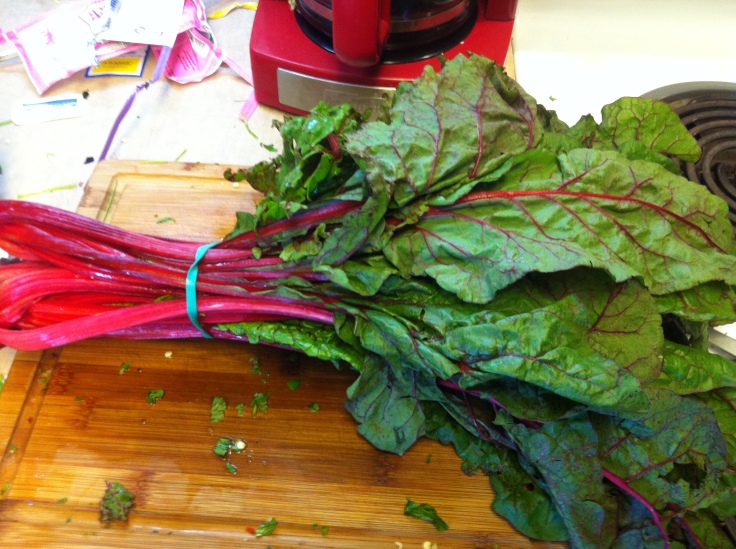 And this? This is swiss chard. Leafy, colorful and crisp, this stuff is a must have in Chop. You want to look for really colorful, leafy stuff to throw in there.

And by the way, almost every vegetable I bought was organic. I have no idea how I managed that, but I did. So it was a very successful batch.

I got lentils, quinoa, brown and wild rice, spelt, whole wheat pasta, cooked up and tossed in there. I also have a new find:

Isn’t this whole grain cereal cool? And it’s got 4 grains in it. Anything to add variety as far as I’m concerned. It goes in uncooked. And these? 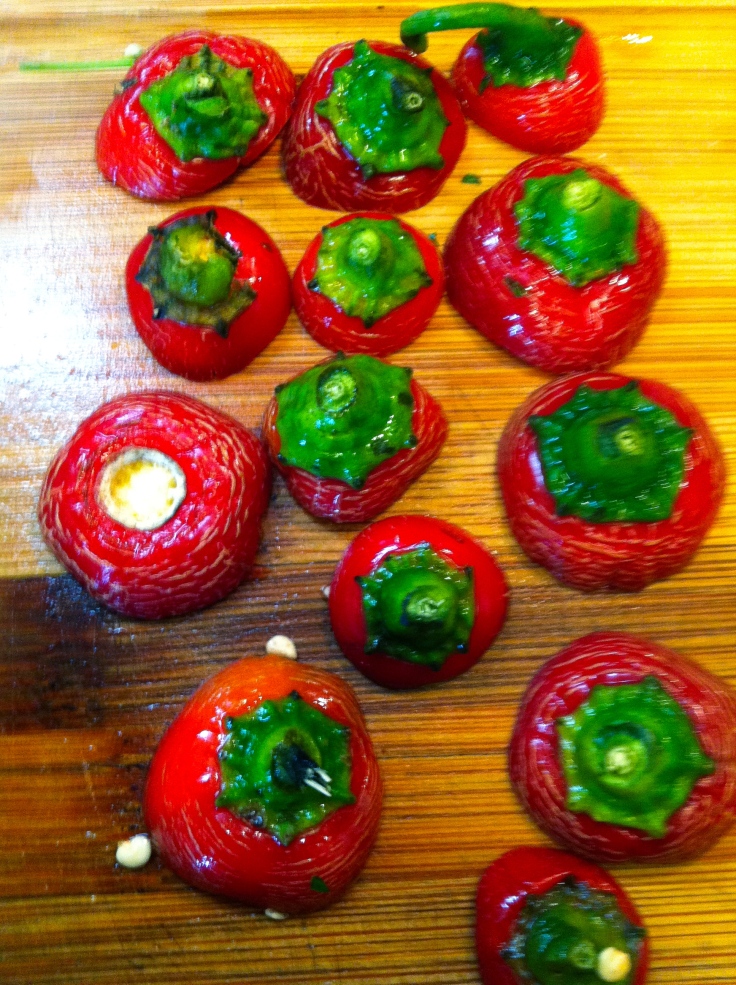 These are the tops of the red jalapeños that I added. I told you it was a big batch! I also found the organic dandelion greens again. I’m always happy to see that go in. 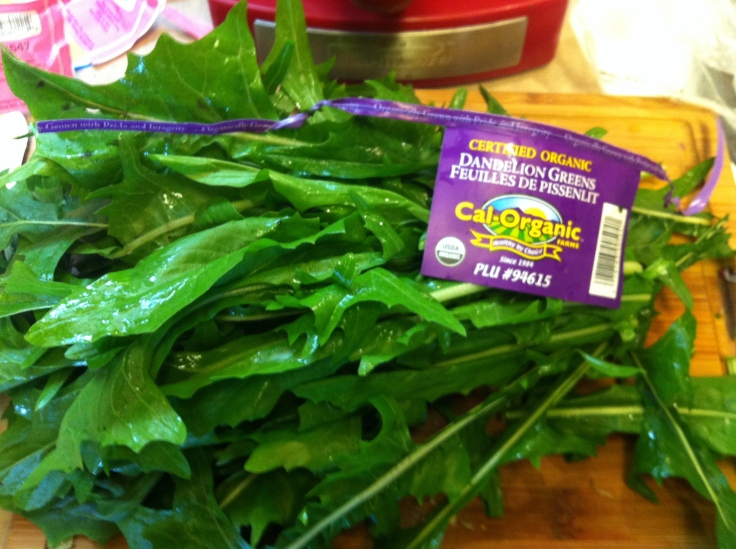 And another standard I like to include is zucchini:

All in all, I got 280 meals for my three birds. It cost me about 34 cents a meal. I can live with that. And my birds are going to be eating well for months.

Posts About the "Chop" Concept

13 thoughts on “Busy With “Busyness””