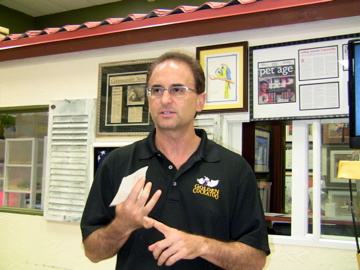 I just got back from The Golden Cockatoo, a bird supply store north of me in Deerfield Beach, FL. I needed to get some supplies and I thought while I was at it, I’d get the Greys groomed. I have no idea why this sends me right over the edge, but I hate it worse than the birds.

Years ago, I used to cry when I had them groomed. I’m a pretty tough nut when it comes to people. I’ve had a couple of people die right in front of me at work and I never turned a hair. But animals? Forget it. I’m a complete wuss.

Now, I realize my Greys need grooming on a regular basis. I get that. I know that in my bones. I’ve lost count of the number of groomings Parker, Pepper and Nyla have had. The point is, I hate it. I hate the growling, the screaming, the fuss, the seeming discomfort and the stress it appears to place on the birds. 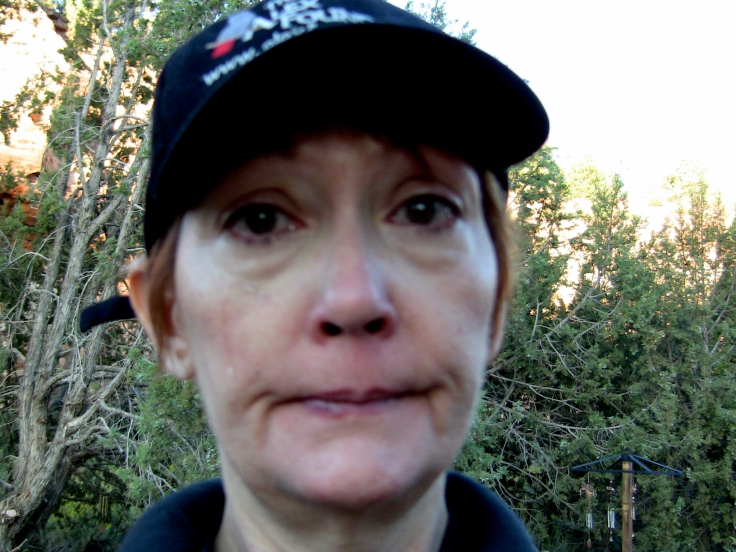 This is a self-portrait of me after ten minutes at Angels Rest in Kanab. It’s not after a grooming, but you get the picture.

Katie does their grooming. I love Katie. I try and tip her well. I trust Katie. She’s fabulous.

And she does a beautiful job with them. The Greys forgive her instantly, and they come away happy and whistling, none the worse for the experience. I, on the other hand, have to go home for a stiff drink and a lie-down. Katie is so kind to my birds, and she’s fast as hell. She spends more time comforting the birds than the actual grooming because she has it down. She doesn’t futz around and knows exactly what needs work. She’s precise, accurate and as non-invasive as she can be. And she’s constantly interacting with the birds while she’s grooming them.

Katie with a baby. Obviously not one of mine. I’m a “Grey Girl!”

And me? I’m on the other side of the store having a stroke. Usually, I’m leaning over the counter at the register trying not to pass out while Owner-Manager Ian sits and says, “I know. It’s hard. I know.”

Next time, I’m demanding oxygen and a sedative. 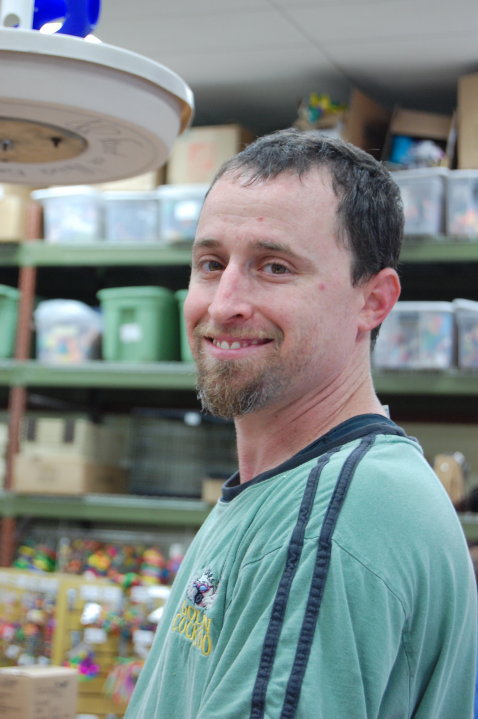 Ian. Such a great guy. He needs a raise. Do you hear me Richard?

So what’s my problem? It certainly isn’t Katie. It’s me.

I think it has to do with subjecting something to my birds that they don’t understand. They don’t like it, it’s uncomfortable and there is no way in hell that I’d be able to have a “sit down” with them and explain why this is necessary. I can towel them. I can clip the odd grown-out wing feather here and there. I can file down a toenail or two. They have no problem with that.

Katie at the Alex Foundation Benefit dinner. We had a great time!

But if  I started sawing on their beaks, there would be hell to pay. So I guess I’m paying Katie to be the “Bad Guy.” Strange thing is, by the time it’s all done, they are just fine with her. And I have no idea how she gets away with that, but she does. After all is said and done, they have no problem with Katie. It’s simply magic.

And that’s okay by my book. But I don’t know how long it’ll be before I quit blowing a gasket about getting them groomed. My birds are fine and happily playing on their perches. Pepper is screwing around with her water bowl, Nyla is napping and Parker is chomping on the brand new “guilt toy” I bought him. And now, I’m off to see about that “Lie down.”

7 thoughts on “Going to Pieces”