Well, you’re here. If you were in my actual home, you’d grab a Grey, a beer and put up your feet. But while you’re digitally here, let’s take a moment to see where you are.

Of course you know I’m a writer. But did you know I also happen to have an issue with helpful devices? I don’t know why, but stuff just craps out on me: ice-makers, coffee makers, air purifiers, dishwashers, vacuum cleaners, etc. Ask my friends about my luck with appliances; or actually, anything at all with a plug. I think that’s why I love my parrots so much. You don’t need to plug them in.

Naturally, I’m wary about the quality of the stuff I buy. You now know the history of my appliance failures.

15 years ago or so, if you were reading this, most likely, you’d be at home sitting in front of a giant monitor with a tower, tethered to the thing by a keyboard and a mouse with cords. And you’d be sitting there, waiting for your your dial-up to connect.

But things have changed. You might be on a bus with your mobile phone reading PN. Or maybe you’ve fired up your iPad and taking a peek at lunch. Chances are, you might be at work.

Things have changed drastically. I didn’t even get online until about 1998. It wasn’t fear or ignorance. It was because I was cheap. I was doing fine without all of the electronic devices at the time, because I knew eventually, all of it would shake out at the end and somebody would come up with a product I thought was worth an investment that would stick longer than 8 months. I knew how fast things were moving and I didn’t want to get into the game until they got it right.

I had a couple of missteps: a Dell desktop, Millenium Edition. Follow that with a Gateway given to me second-hand. I then decided I needed a laptop. A Dell. I still have the piece of crap. It worked great until exactly 30 days after the warranty ran out and then the monitor crapped out. And Dell? They didn’t want to hear about it.

It was then that I said goodbye to PC because they didn’t give a damn about me or about that ugly hunk of useless metal they sold me. Now it looks downright freakish to me. I mean, Jesus! Look at the thing!

I am now “Mac’d out.” And I couldn’t be happier. 2 Macbook Pros, an iPhone, an iPad, a Time Capsule, an Airport Express, and a a tiny iPod shuffle.

Have I had issues? Of course? But dammit, every time I did, the Apple Store fixed it. For free.

I’m sure PC products are fine. But they blew me off in 2008, didn’t take care of business and I was gone.

I was in a relationship and the guy in question told me in 1994 that “we needed a computer.” Okay. How was he planning on paying for it? And what was he going to do with it? That got shrugged off. But he told me he “wanted a good one.”

I laughed my floppy-disc’d butt off.

Of course my microwave probably has more than that now. The man was and and probably still is an idiot and had no idea what the hell he was talking about. (As far as I know, he’s still an idiot. We haven’t spoken since 1996 so I’m not sure. However, I don’t see the potential for any resurgence of major brain cell growth.) But I’m not bitter…

Naturally, I declined to purchase a brand-new 16 mega-byte giant calculator, knowing full well that the future was far more than that and that the industry was going to learn and improve by leaps and bounds faster than hell. 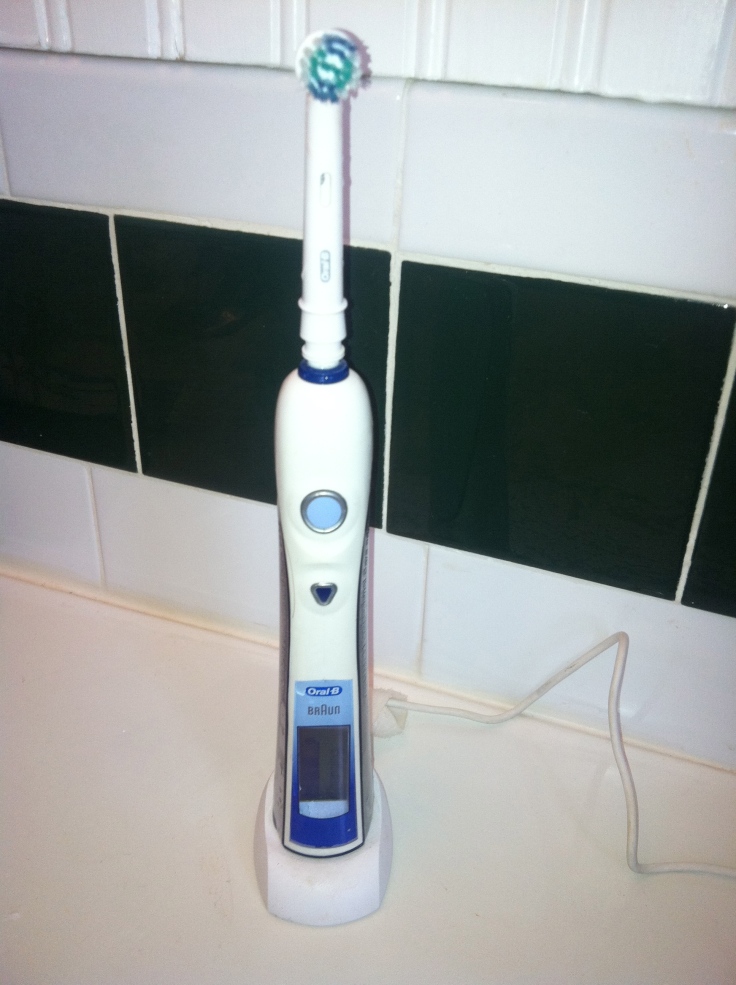 So I stayed out. I was fine writing long hand. Wrote a play. Longhand. Wrote letters. Longhand. I used pay phones. It was never an issue.

Then I got my first Dell. My second computer. Third. And then.

Hosanna! Macbook Pro! The heavens wept. I wept. Mostly because my PC-backwards brain couldn’t figure it out. But with a few One-To-One sessions, some video tutorials at the Apple site and I was off.

You can watch a tutorial anywhere. I’ve found you can eat anywhere as well.

I began writing. A lot. Sold some articles to BT. Wrote some more. Sold those. Got the idea for the column. Sold it. Started my blog. Got a good camera. Started running around the country writing about what I’d experienced. Got a video camera. Learned how to use it. Began learning iMovie. Made some videos. Posted those on the blog. Met some extraordinary people:

There’s many more people.  I’m running long here, but it keeps getting better.

Photo courtesy of: The Chart Group

Here we are in 2011. I have an external hard drive with three terabytes of memory. One terabyte contains

And to think I used to dial a phone.

Sometimes waiting is worth it.