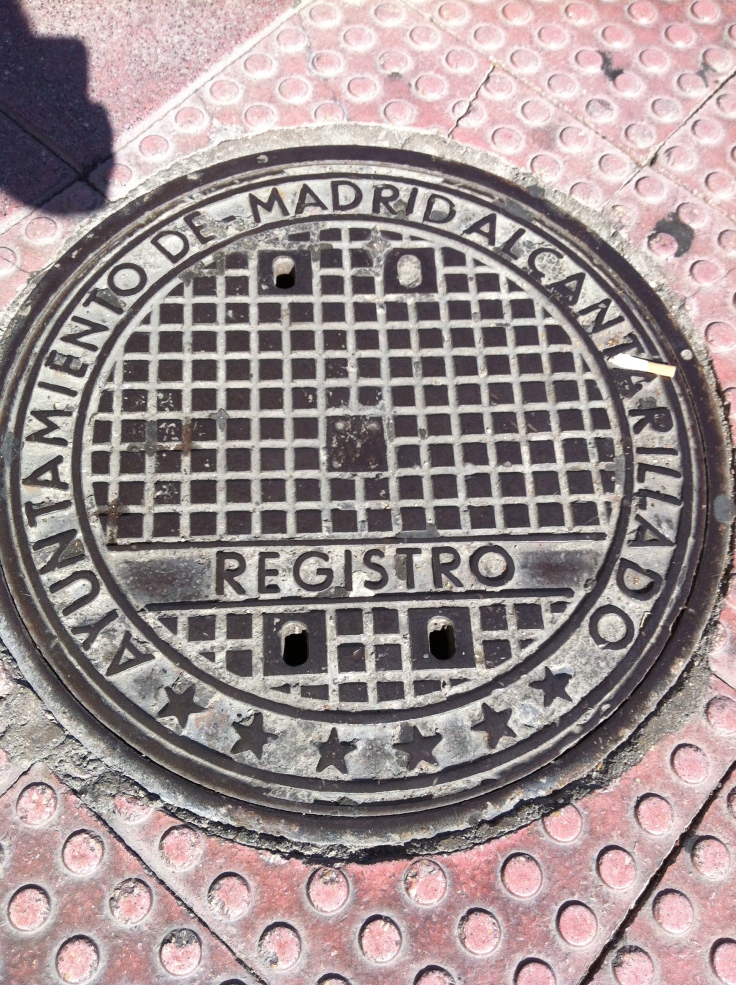 I haven’t posted here in quite a while and I’ll tell you why: I ended up with a concussion. I was in Madrid and bumped the back of my head. Well, “bumped” is rather an understatement. I actually whacked the hell out of it. Consequently, I’ve been laid up for about a month now. Once I figured out what was wrong with me and made a visit to my Doctor and he concurred with my suspicion of a concussion, signs of the problem became pretty obvious. One of the things I didn’t realize was how serious this is. A concussion is actually a bruise on the brain and it’s nothing to mess with.

The first thing to go was my ability to stand for any length of time. I had to really think about it to get up for a bottle of water. I was nauseous all of the time due to constant dizziness. This of course effected my walking and my appetite. I was willing myself to eat and willing myself to keep it down. Scrambled eggs and cheese and crackers were a real pal. So were smoothies.

I was highly sensitive to loud noises. If Parker decided to do a loud chirp, it almost sent me through the ceiling. My friends were telling me I was speaking very softly when I sounded perfectly normal to myself.

Naturally there had to be other complications. In the middle of all of this, my refrigerator gave up the ghost. The compressor finally went and I had to get a new fridge. So I lost most everything in it but a bag of Chop as it took two days for the new one to be delivered.

On top of this, there has been concrete restoration going on in my building for two months now. The dust is everywhere and the sound and vibration of drilling is constant all day. One very hot afternoon, it got a bit warm in my condo. I checked the thermostat and while it was set at 76, the temperature inside was 83. Uh-oh.

I get a phone call from my friend Nan who informs me the Chiller tower in the building has gone out. This happens on a Friday afternoon naturally and the AC repair company can’t get here until Tuesday to fix it.

If this wasn’t bad enough, my TV began acting funny. I couldn’t get two thirds of my cable channels and I was getting weird “blocks” on the screen. So I had to call the cable company and schedule a repair. The cable cavalry appeared and it now works perfectly.

So to sum things up,  I have a concussion, no refrigerator, it’s 86 degrees in my living room and I’m lying on the couch with a cold wet towel around my neck. My friend Bill remarked that It appeared as though I was living in hurricane aftermath conditions including the smacked head as though I had been hit by flying debris.  With the exception of having power, it felt like it.

I’m supposed to be on vacation and this is what I’m dealing with.

But wait. Yes, more… My friend and neighbor Bill and I share a internet connectivity. He calls up and tell me he can’t get on the internet. I check and while my laptop is on, my iPad and iPhone can’t use  my Wifi. And I notice I’m having a problem with the trackpad.

After speaking to the cable company yet again, they check the signal and it is going through normally. 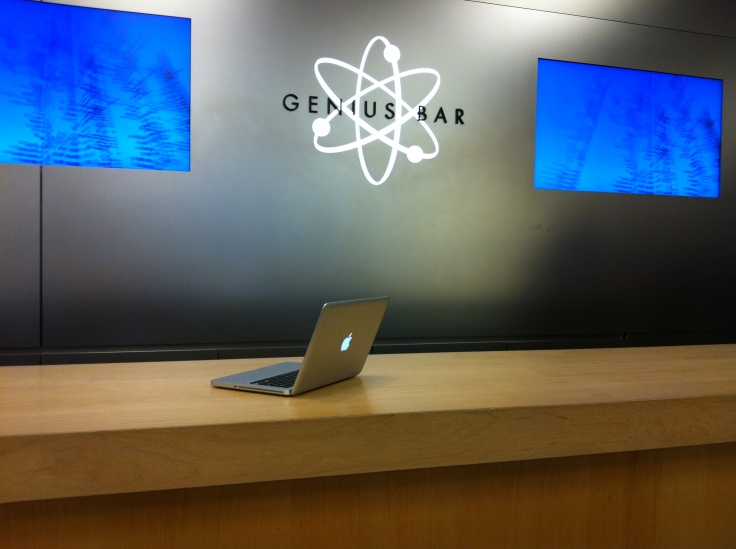 So we schedule an appointment at the Apple Store Genius Bar, pack up all our laptops,(my 2 his 1) the Time capsule router, my external hard drive, my iPad and iPhone and head on down to Aventura to see a Genius or two. They find no issue with the time capsule, (of course things always behave perfectly when a genius is looking at it) but I must leave my laptop with them as the trackpad needs replacing. Oy.  We come home and Bill still has the same problem. So I call up Apple Care. It took a day, 3 phone calls and some coaching, but I finally managed to get all of the hardware behaving properly.

When I went to pick up my primary laptop, it was in perfect working order with the exception of the fact that they had wiped it clean and set it back to factory settings. This is always very disturbing at best, as everything I’ve written was on that laptop. I was able to get it all on my external hard drive before I turned it over to them, but it’s still really scary.

So it took a couple of days to get everything back out of the external hard drive, back onto my laptop and restore all of my preferred settings. I came out of this computer nightmare relatively unscathed. However, I highly recommend you purchase a good-quality external hard drive and put everything on your computer onto it. Here is the story of  a guy who writes for Wired Magazine who didn’t back up his stuff and got hacked. It’s a nightmare:  Epic Hacking

Oh and did I mention that in the middle of this mess, I ran out of Chop? I had to improvise some Chop using frozen vegetables,fresh grated carrots, quinoa, lentils and some whole wheat pasta because there wasn’t any way I was physically up to making a big batch. But the birds ate my quickly made “Cheat Chop” until I was recently able to make a 25-pound batch. It took me all day as I couldn’t stand for more than 20 or so minutes at a time. It is a nice batch of Chop if I do say so myself. It just took forever to make.

it’s been a month today and I am about 65 to 70 percent healed up. I’m not completely normal yet, but I’m a hell of a lot better than I was a month ago when I was afraid to even drive. My Doctor told me it would be a month before I even began to feel better. So while I’m disappointed in how long it is taking, I’m eating better, I can drive a bit, and I can stand for longer than the time it takes me to walk to the bathroom. My short term memory is improving as well. I figure I’ll be good to go in a another couple of weeks. Other signs of improvement are the fact that I am writing again.

As with many things, when it comes to healing up from a bad whack on the back of the head, slow and steady wins the race.