A Container Contains its Contents 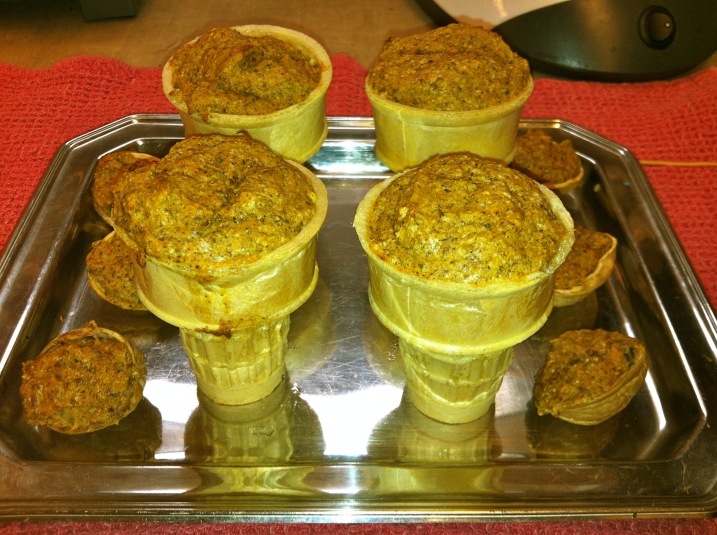 A different way of thinking about a pie shell.

When making food for your bird, your family or anyone really, even yourself, sometimes it a good idea to, as Apple Inc. once said, “Think Different.” When you’re cooking parrot cuisine, you have to think on an entirely different level. You have to leave out so many items we human beings take for granted in the way we cook for ourselves. Sugar, salt, butter, milk, cheese, all the stuff we absolutely adore is out the window. Time to begin thinking about putting stuff together that is good for your bird, but is fun to make.

I wanted to make sweet potato pie for my Greys. Why? I don’t know, I just felt like it. I’d never made sweet potato pie before and seeing as I had some sweet potatoes and I was on a roll, I just did. But how was I going to make it without buying a pre-made pie shell and baking it? That might have been okay for Chris and Lorry Burgr’s flock. They have birds of their own along with a pant load they are fostering for Florida Parrot Rescue. They do good work and are dedicated to those birds. That pie would have been gone in the first go-around.

But I have three Greys. Three! I can’t simply make one designed for birds and expect them to wolf down a 12-inch diameter pie. And besides, that pie shell has stuff in it that isn’t particularly good for them. I could have made my own, but crust is butter, and flour. It wouldn’t kill them and a bit of the sublime now and again isn’t going to harm them because their overall diet is so good.

But that isn’t the point. I wanted to try and think of something that they would have that would be better for them than butter salt and flour. So I came up with the ice cream cone idea. Ice cream cones come in a sugar-free and gluten free variety. There is a company named Joy that makes them and they are available here and there. So I got some cones, whipped up a sweet potato pie batter, filled them up and threw them into the oven using a muffin tin to hold the comes while they baked. They got a little soft in the oven but my birds aren’t that critical.

Well! That’s all well and good, but then I thought of Paula Rossow and her flock of budgies. What would her birds do with such a behemoth thing like these cones? I had to once again think smaller. And once again, I came up with a container idea that was the perfect size and recyclable: 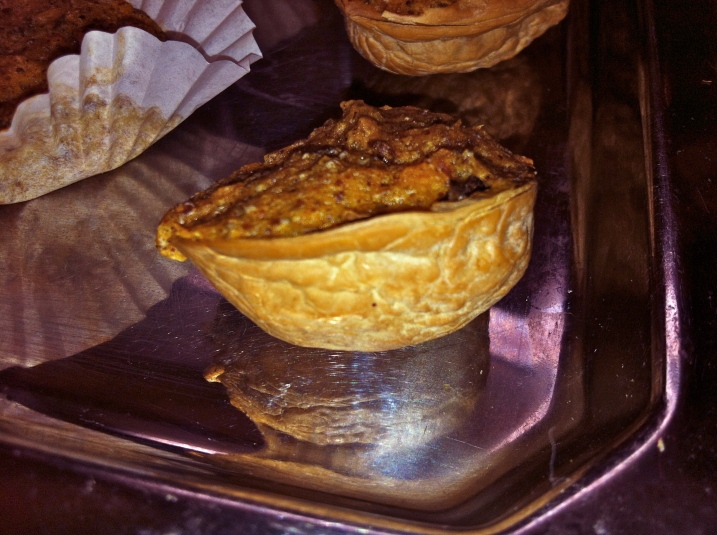 I thought it was a pretty cool idea…

I got the idea from my Father. Now my Dad passed away 14 years ago, but I still take ideas from things he had done when I was growing up. My parents had a birthday party for me when I was about nine. And back then, there were no such things as bouncy houses and big “My Big Fat Birthday Party” extravaganzas. You had a bunch of your friends come over and you played games like “Pin the Tail on the Donkey” and “Drop the Clothespin into the Milk Bottle.” My Father wasn’t quite that pedestrian. In one game he blindfolded all the kids and handed them unusual items that they had to identify. I remember one of them was a hand-held manual, crank egg beater. They were just everyday items, but to have to hold it and try and figure it out when you’re blindfolded at the age of nine…well, that was a challenge.

But his piece de resistance was the Walnut Shell Boat Game. He filled the bathtub, took walnut shell halves, affixed birthday candles in the shells with the candle color assigned to each kid in the color that mostly closely matched their dress, lit the candles and sent them floating around the tub. The one that survived the sail the longest and didn’t topple over dousing the flame, won the game and got a prize. If I remember correctly, Susie Snellgrove won that one.

So essentially, I was trained from an early time to “Think Different.” I could cite example after example of stuff my Dad did that was way out of the normal way of thinking, but that wouldn’t really help this post. But you get the idea. Anyway, that’s where I came up with the idea for using walnut shells as pie shells. I asked my next door neighbor Bill if he could get me a few perfect halves. He got a chisel and hammer sat on the front porch and in 90 seconds I had 12 perfect walnut shell halves. He loves a challenge.

So, my point here is not really about the recipe, or the nourishment, or the health aspects of feeding your flock. It’s about thinking differently about how you present stuff to them that makes sense.

You can always skip the shell entirely and just use muffin cups.

Changing the way you approach food for your birds isn’t always about following a recipe. It’s about substitutions: changing a liquid for another liquid, wrapping it in something different or omitting one thing and replacing it with something else. Remember, our flocks are not as used to those wonderful things we absolutely adore that Doctors say we should cut down on: Sugar, butter, fat, salt. They don’t miss it for the most part because it isn’t a regular part of their diet. Well, it shouldn’t be anyway. So skipping the cup of milk in a recipe and using six tablespoons of unsweetened apple sauce dissolved in a cup of water works just fine. It won’t give it that rich, luscious taste we go after, but these are birds.  It’s not a regular thing for them so they don’t miss something they don’t have on a regular basis. They don’t know and they don’t care.

What matters is that you are feeding them like you care.

Posts About the "Chop" Concept, Recipes for your Parrots, Writing

7 thoughts on “A Container Contains its Contents”