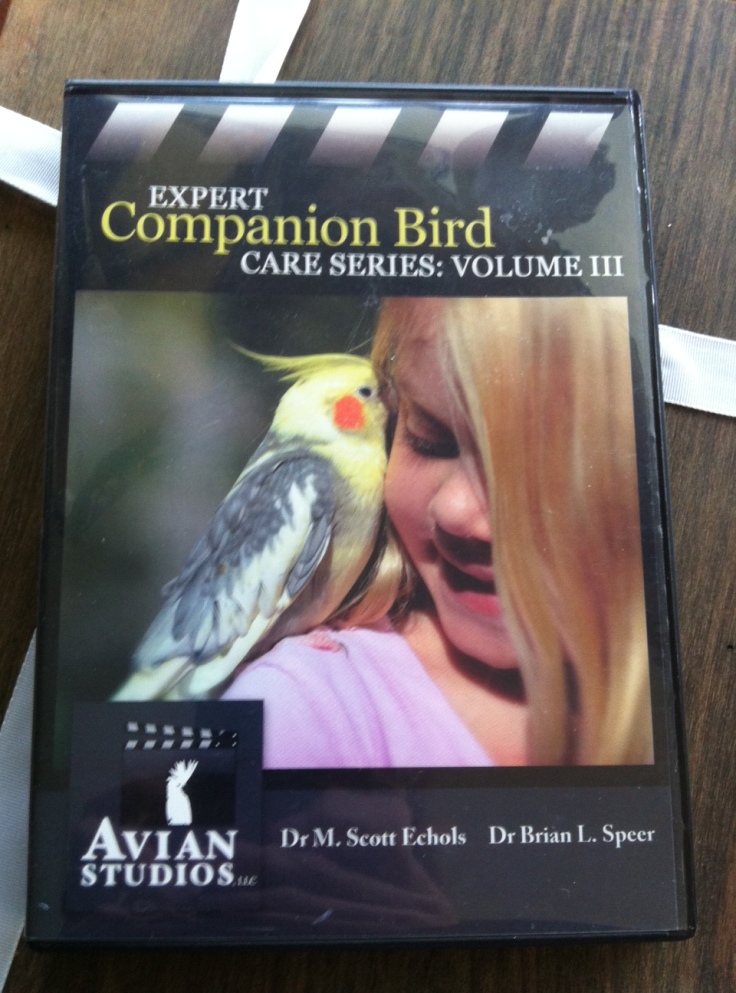 This is a review that’s wayyy overdue, but I’ve been overwhelmed lately due to my high altitude career and other issues and projects that have been crowding my brain. So my apologies to Avian Studios and others for not having had it together to do this before now.  With that said, “We’re walking, we’re walking….”

Here’s a photo of Scott with a wombat: 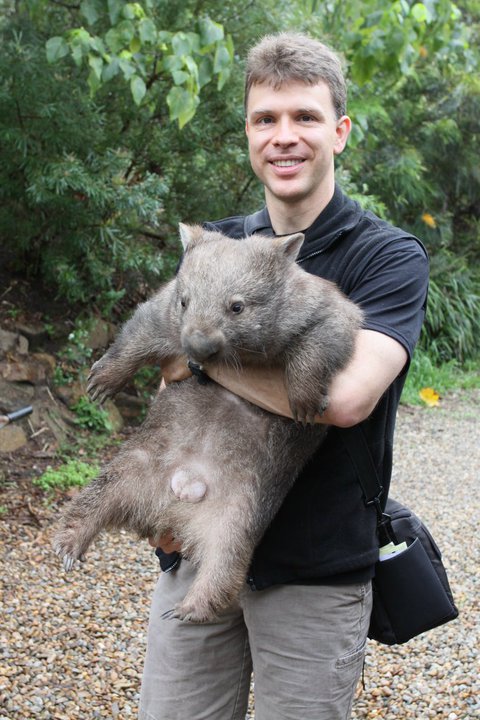 I have no idea what he’s doing with a wombat, but I really don’t care. Scott’s kind of easy on the eyes and the wombat is kind of looker as well. So there you go. And if you can imagine this, Scott’s even better looking when he’s standing in front of you. Even without a wombat.

Here is a photo of Brian Speer: 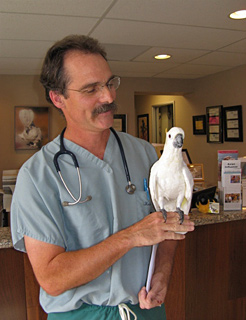 I couldn’t find any photos of Brian with a wombat so we’re going with one of him in his scrubs with a cockatoo. I post these photos so you know who the guys are, if you don’t already know about them. I’ve met them both, heard both of them speak and they are seriously good Avian Vets. And they both have a sense of humor, something I like in a Vet. I found this on Scott and Brian’s “Avian Studios” website: 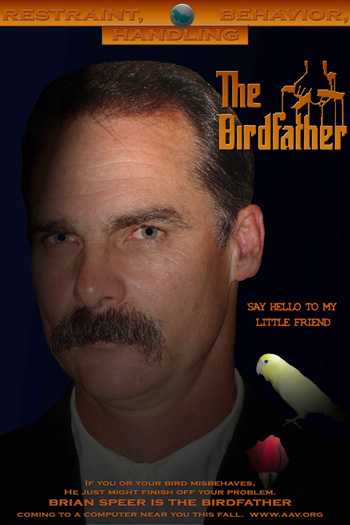 The parrot care series from Avian Studios is a great idea and one that I wish was around when I first got Parker. Sure would have helped me out in learning to care for the little delinquent…

Once again this third installment is fat with information.  In this particular volume, there are four parts: “Specialty Bird Pet Stores” presented by Michelle Beckley, “Obtaining BIrds From Corporate Pet Stores” by Dr. Tom Edling,  “Grooming Pet Birds” By Dr. Laurie Hess, and “DNA Sexing and Identification” by Dr. Joy Halverson. Please notice that three of the four presenters are doctors and the fourth is a serious pro in her field. Scott and Brian didn’t screw around in selecting who would be presenting the information.

These are all good subjects for presentation and an excellent addition to this series. That said, let’s get down to the review:

I am all for good information presented in a quality format. Avian Studios has not failed to deliver on these points. They present quality information in a somewhat entertaining manner. They are zeroing in on their style and method of presenting it and each video in the series has improved. And I think this is a “Must See DVD” for those starting out in the world of aviculture. I was especially impressed with Part Four, Dr. Halverson’s presentation on DNA sexing. It’s actually fascinating stuff and explaining how Zoogen, or any of the other DNA sexing companies does it is really interesting. 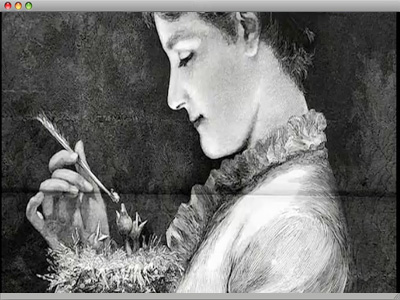 I believe these DVDs belong in every “Big Box Pet Store” Vet Office, Bird club and in the hands of every beginner. The stuff they discuss is a primer for learning the basics of bird care. I think kids need this series and to be honest, a lot of people who are still kind of in the dark ages in caring for their birds should be obtaining these valuable videos. This is basic stuff everyone should know.

Now here is where it gets a little murky. A majority of this information is fairly common sense stuff. If you’ve had birds for a few years, read up on the newest information attend educational seminars, tool around bird websites, forums and read articles and blogs, you are probably going to be a little impatient with it because they cover some really basic tenets of companion bird care. If I’m not mistaken, each of the presenters wrote their own script. Again, excellent information and well presented. 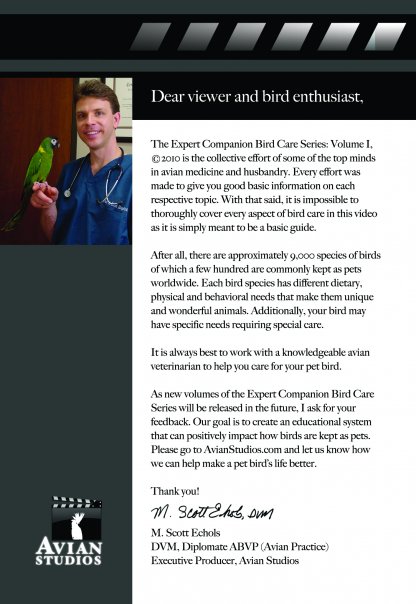 But you have to bear in mind that these are not really “entertainment videos.” These are informational and instructional.

People who are interested in obtaining a bird should be required to view these videos. And if I were running a rescue or had a retail store, I’d make it a requirement that people watch them. Yes, they are that good and yes, they are that important. But my fear is that once again, the people who will buy the video for their collection aren’t the ones that need them.

Just like this blog and other forums that have information about companion parrot care, the ones who most need this information aren’t the ones that are going to get it because they aren’t looking for it. This is the frustrating aspect to good information and that’s the part where I begin banging my head on a wall.

So here’s my suggestion: Get the video. And when someone you know is curious about getting a bird and asks you for the particulars, hand them the series. Tell them to watch it and if they have any other questions, tell them to write them down and ask them after they have viewed the series. That ought to cut out a lot of the “But what do they eat?” questions right off the bat.

This series is excellent for those people. I highly recommend that they be run at every Petco, Pet Supermarket, school and avian vet waiting room. This information is desperately needed for many people in the world of aviculture. And the reason I want every person who has birds to have copies of these DVDs is not so much for yourselves, but to be able to share with the misinformed, the uninformed or the beginners who have no idea where to, well, begin. These DVDs will do the job. And as members of the Parrot Nation at large, it’s everyones responsibility to share good information with those that don’t have it.

Here is the link to Avian Studios. Just click on the photo of Scott: 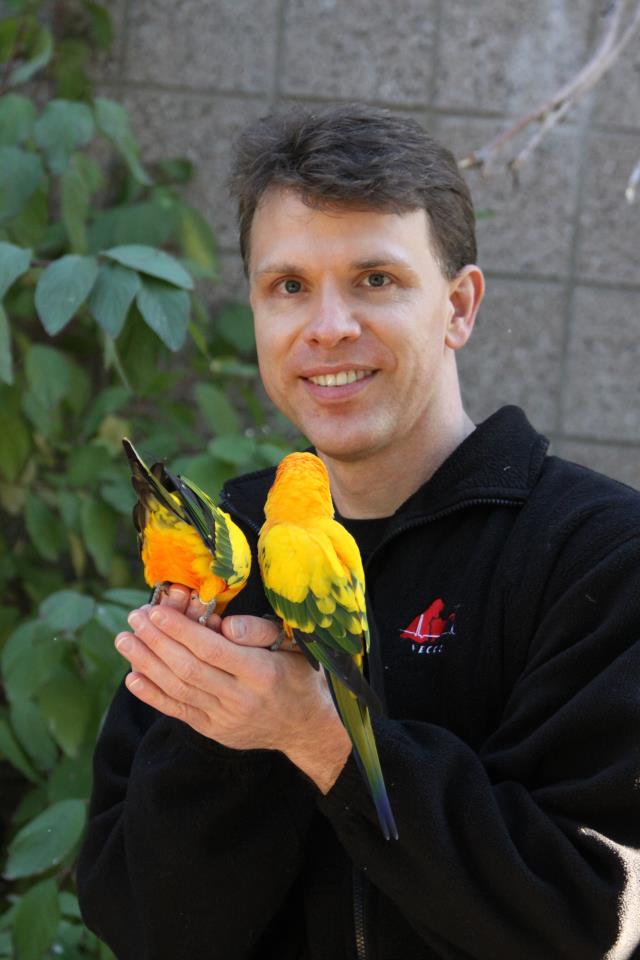