“Birdie Biscotti?” Why Not?

I’ve written quite a bit about Chop of course. “The Chop Concept” took off like a kite and flocks all over the world are eating better. And that’s very cool. It makes me feel good to have helped put this concept in the front and center of aviculture and into the hands of families with parrots. Go Chop!

But I wasn’t done. I wanted to come up with another way of delivering a nice nutritional boost to our feathered companions. As a kid who had two parents with careers, I grew up being quite well-acquainted with the humble casserole. Ten minutes to assemble, an hour to bake and you’re good for a couple of days. Macaroni and cheese, macaroni, tomato and ground beef, tuna noodle, well the list is endless.

Well, thinking about that got me thinking about possibilities. How about a casserole for parrots? Why not? It’s a casserole. It’s no muss, no fuss and unlike Chop, the only thing you have to clean when all is said and done is a large spoon and a casserole dish after you’re done baking it. This led me to the idea of “Grain Bake.” 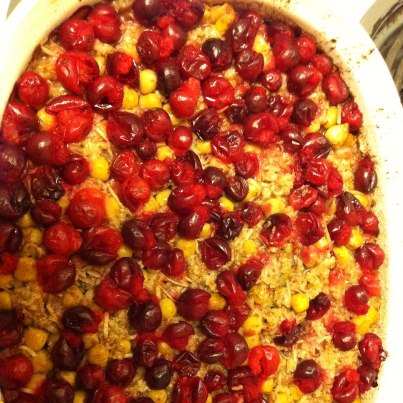 But I wanted to do something more. Something that was easy to prepare, flexible and wasn’t a complete and total pain in the butt to prepare and didn’t make a mess. I began thinking of another way of delivering some great nutrition and to add a little variety to their diet.  There’s a million “Bird Bread” recipes out there. And most of them begin with a base of corn meal. Some people use Jiffy mix, but if you’ve ever read the ingredients in a box of that stuff, you’d never eat it yourself, let alone make it for your birds.

My Greys like toast. But white bread toast sort of bites because it really has very little nutrition. So, how can we make a bread for them that isn’t loaded with a bunch of crap that isn’t healthy? Well, here it is:  “Birdie Biscotti.” If you’re unfamiliar with biscotti, here is what biscotti for humans looks like:

It’s kind of a cross between a cookie and a biscuit. I’ve made them before. You make the bread dough and bake it. Then you have to slice the loaf and bake it again.  They’re tasty little suckers and very crunchy. I was trying to figure out a way to make a bird bread that was healthy and tasty and toastable. 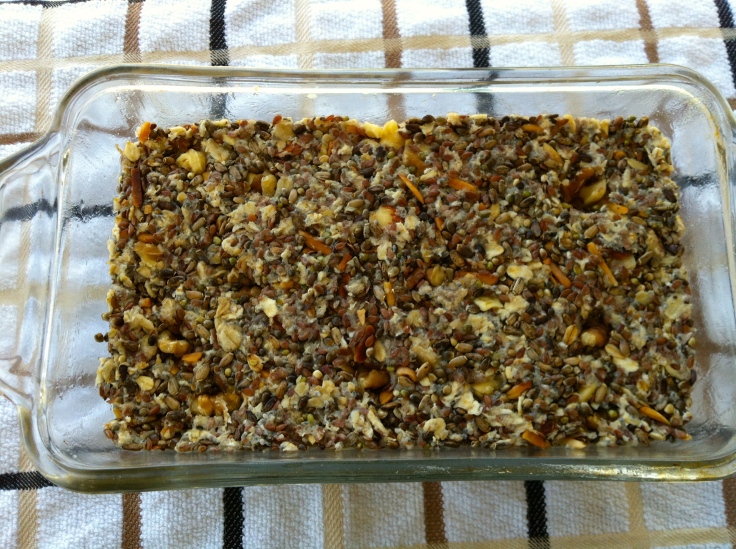 My first loaf of experimental Birdie Biscotti before baking.

A handful of walnut pieces

Mix all ingredients together in a bowl. Mix throughly. Put batter into a loaf pan greased with coconut oil. Smooth the top and ensure it ‘s evenly distributed in the load pan. Let it sit around for at least 2 hours, preferably longer or overnight. Preheat your oven to 350 degrees and bake for 20 to 25 minutes. Remove loaf from the pan and place it either on a cookie sheet upside down or directly onto the rack and bake for another 30 to 40 minutes. Remove your biscotti loaf from the oven and let it cool thoroughly before slicing, and baking again to make it crisp or serve as is. Slice before freezing.  You can always toast it as well. Here is the finished loaf after baking.

It’s just the basic recipe and it’s a bit bland. Feel free to add flavorings like cinnamon, orange extract, dried fruit or other stuff to jazz it up. If you make it just as is, it’s not particularly exciting. So you have to play with it a bit to customize it to your flock’s preferences. But this recipe will indeed get you started. There’s no Jiffy Mix BS with this recipe and it’s loaded with roughage. Give it a whirl!

Recipes for your Parrots, Uncategorized