“The Cleaning Chronicles” #3: It Gets Worse Before it Gets Better. 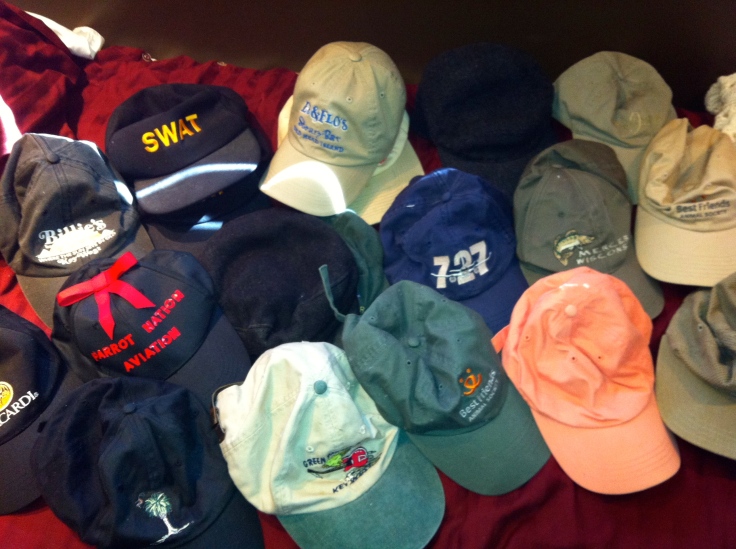 I only have one head. Most of these are going.

It gets worse before it gets better? Why, yes. Yes it does! In order to get the junk out of your house, you have to pull it out of your closets, drawers and cabinets. Not only is it hard work, It’s unsettling. You have to ask yourself perplexing questions such as, “Why did I keep this mayonnaise jar lid?” And “Where did all of these caps come from?” And far worse, “I have to get rid of some of these caps. Which ones do I keep and which ones do I get rid of?” Ackkkk!

It’s a painful process because we are taught as kids not to waste stuff. (Well, if your parents did it right…) Acquiring things is instilled in us. We are bombarded with ads and commercials to buy “Stuff.” To quote George Carlin, “If you nailed together two things that have never been nailed together before, some schmuck will buy it.” If you go to a garage sale or even have one yourself, you’d be amazed at what people will buy.

And then there is all of this “Organization” jazz. I’m not real talented at it. Which is why I want to have less “stuff.” The less “stuff” I have, the less I have to organize. Here’s one easy example of clearing out what you don’t need.

This is my bag of owner’s manuals for the appliances I have. It lives in a kitchen drawer many people refer to as the “junk drawer.”

In the same drawer, I had 3 sets of oven mitts. I need one pair. That’s it. So despite the fact that I loved the print from a pair I bought in Northern Wisconsin a decade ago, I tossed them as they were worn out. I now have one fairly new pair of oven mitts. The kitchen “Junk Drawer” I could barely open yesterday, now looks like this: 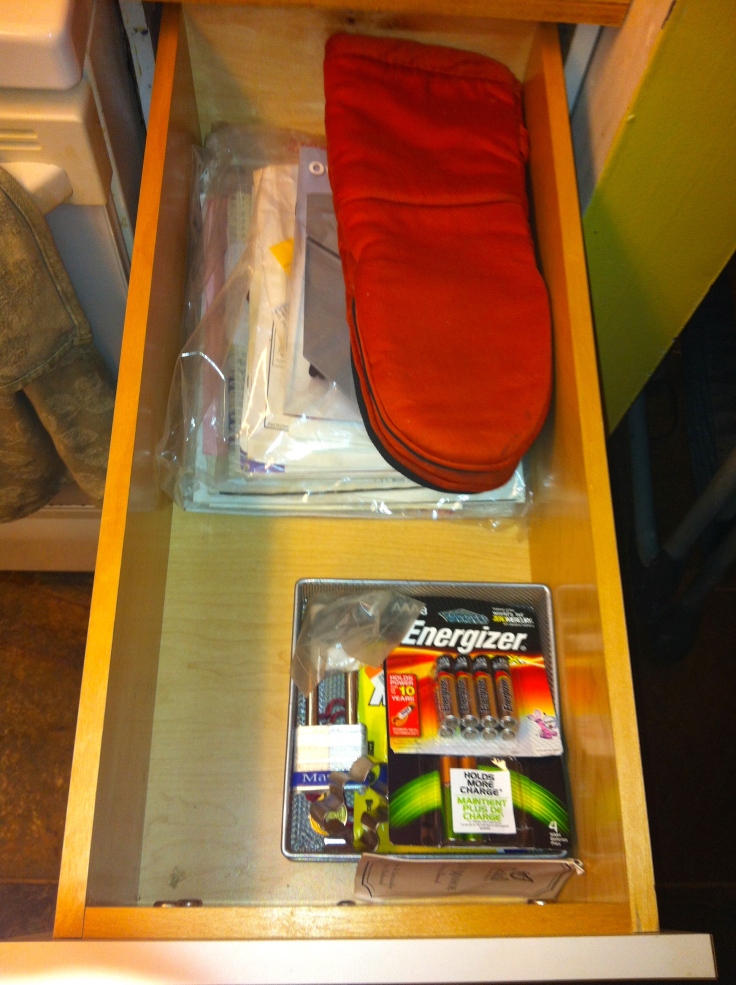 I got rid of the little screws, bread bag ties, rubber bands refrigerator magnets and metal “things” that as far as I know didn’t go to anything. I didn’t know what they were, so I threw them out. Why were they there? Probably because of my insecurity and fear of throwing them out because I might need them some day. Well, I haven’t needed them in the last 5 years or so, so they’re goners.

I’m also using up all of those plastic grocery bags for garbage and the crap I’m throwing out. Those bags are getting a second and sometimes third life and are being used more than just bringing home groceries.

It isn’t an easy process and it’s a lot of work. It’s agonizing and scary. But I can tell you this. I’ve thrown four shopping carts full of junk out of my home so far this week. And to be honest, I really can’t remember what most of it was.

How can this “cleaning out” help you and your flock? Well, it clears your head and your mind. With less stuff to manage, you have less to dust, less to think about and less to manage. It will take less time to find something you need.

This give you more time to care for your flock. It will make your home easier to keep clean. You won’t be spending time”moving stuff to move stuff to get to stuff” that you actually need.  Sometimes having a lot of “Stuff” can be a very heavy anchor. And the lighter the load, the faster and more efficiently you can move. And to be honest, it just makes life simpler. And right now, that’s just the way I want it.

3 thoughts on ““The Cleaning Chronicles” #3: It Gets Worse Before it Gets Better.”