I found out when I landed last night on a flight from Antigua. From what I understand, Liz passed away Saturday afternoon of complications from emphysema.

I am upset about it. I cut my teeth on Liz Wilson’s written work about parrot care. And I am proud to say I was able to tell her so. I admired her dedication and her decades in the field. 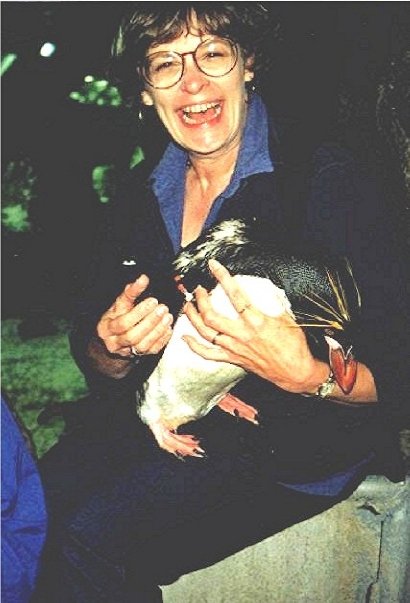 The ironic part about it is that I never met her. Never talked over the phone with her. But we emailed. Messaged. We had a relationship of sorts. She helped me and was so supportive of my work.

Ironically, her death comes right on the heels of the death of someone I’ve known for a while.

A neighbor I’ve known for about 7 years just died last week. I knew him fairly well.  He used to be a friend and then things sort of went south after he and his girlfriend did some rather shady stuff. They just sort of went off the rails.

After that, he and his girlfriend was off my list of friends. I wished him no ill will. I just wanted nothing to do with him because he couldn’t be trusted.

Well, he had an aneurism about a week ago. Apparently the aneurism destroyed his brain and while his body was surviving on life support, essentially “Elvis had left the building.”

They removed life support last Thursday. And I feel nothing. His death doesn’t bother me. But the fact that it doesn’t bother me, well, bothers me. Here is someone I know. He dies and I really don’t have much emotion about it.

Yet, I am upset about Liz. I never met her, but I am grieving over Liz. I find that telling. And what that tells me is that sometimes people can effect your life positively even if you never met them. And sometimes people you know fairly well have no effect whatsoever.

I feel bad that I never got to meet Liz. I got to know her in a way, but I never even talked to her over the phone. But to her, somehow that didn’t matter. We were writers so we wrote to each other.
She was kind to me. She helped me clarify some of my ideas and thoughts.

Bird Clubs of Virgina put together a video tribute to Liz on You Tube. Here is the video. Fast forward it to 3.00 minutes to see the tribute to Liz:

Judith Archer got to know Liz when Liz and her husband moved to Saint Simons Island, Georgia from Philadelphia. Judith told me about first meeting Liz:

“When I first met her, after she moved south, I came screeching into a gas station in Southern Georgia. I came to a semi-stop, she jumped in, we zoomed off, and she was like meeting my best friend from high school.  She was one of those friends where you can pick up your conversation thirty years later without msising a beat, even though we’d never met before.”

“Liz was another Yankee who simply grew up speaking plainly with no frills or flourishes. She was blunt and to the point, but she was also witty, snarky, and under it all, constantly looking to help people and birds. And over the years, as we learned more about parrot behaviour, her advice also changed.”

Longtime friend and Phoenix Landing Founder Ann Brooks has this to say about Liz: 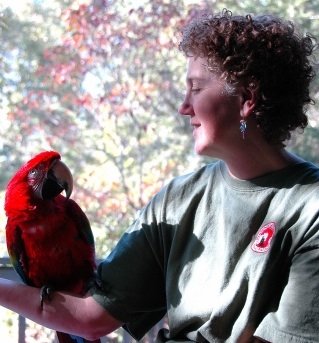 “When I think of Liz, the words “Loyal” and “True” first come to mind. Liz was fiercely loyal to the truth, speaking it always with direct and often humorous honesty. She was deeply loyal to improving life for parrots in captivity, and she had little patience for the more selfish-hearted. She was as loyal a personal friend as one could ever have. This meant we could talk about anything, no matter how uncomfortable, knowing that our relationship was never at stake. And she was a true friend to the mission of Phoenix Landing, I cannot yet imagine not having her solid wisdom at my side day-by-day.”

Lisa Bono of the Platinum Parrot got to know Liz over the years as well.

Lisa was devastated by the news. But she was kind enough to give me her thoughts about Liz:

“I met Liz nearly 20 years ago. I lovingly say I grew up learning from her writings, lectures and friendship. I found her to be an enthusiastic and entertaining speaker full of knowledge and and compassion for companion parrots. She was an excellent teacher willing to share her knowledge with anyone who would ask. She refused to tolerate fools and spoke her mind. Liz was honest and to the point. She was always willing to help with questions, bounce ideas off of and she was my editor for several of the articles that have been published.
Liz was a trusted confidant and staunch supporter who pushed me to excel. She was never too busy to lend a hand, offer advice or keep me grounded. I appreciated her pep talks, wise cracks and cards she would send when I had a bad day. She always let me know she was there. Liz believed in me, even when I did not believe in myself.
When I found out I was accepted to speak at this year’s Long Island Parrot Societies annual show, the place I met her all those years ago, I contacted her to say I wanted to make her proud. She told me I already had.
I will always be greatful to the woman who took me under her wing, helped shape who I am, and taught me to fly. I will miss her and hopefully continue to make her proud.”

I was always happy to hear from Liz. And even though I didn’t know her, I feel grief. I’ll miss her articles, her interesting posts on Facebook and her occasional emails to me. She was a well-known authority in the field and her work will go on teaching many that come after her.

Unlike the experience with my my neighbor, I never experienced anything but good things from Liz. She was kind to me, gave me solid advice and made me laugh! Here is a portion of one of the last emails I got from Liz. 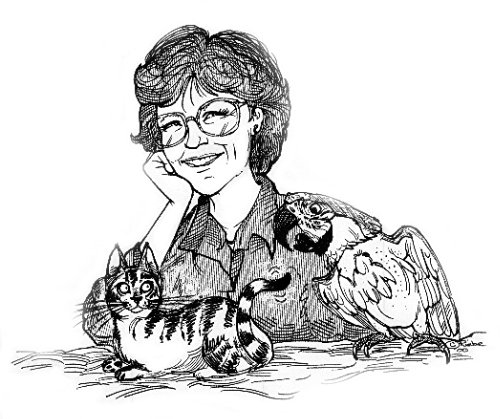 Always enjoy your columns, Patricia – great humor plus you write well so I don’t
find myself editing you in my head as I read! SO much more enjoyable that way, yes?!

Oh, you edit in your head too? Thank
God! I thought I was the only one!

Ha! Far from it, Patricia. Mental editing other people’s writing is a sad off-shoot of being a writer, I’m afraid. Can ruin the enjoyment of a good story when you suddenly think, “Why the hell did he say it THAT way?!”

I got an email from someone who had written for
BIRD TALK a few times. She said that when they printed her work, they had edited it
so much she couldn’t even recognize her own work and “…did they do that to me?”
I had to be honest and say “Umm, no.” They really don’t touch my stuff very much.
But I try to be fast and accurate. My crap is in at least a month early.

Thanks so much. With Respect and a hell of a lot of gratitude,

You honor me, thank you. And the feeling is mutual, Patricia.

I was proud to be on the masthead with her: