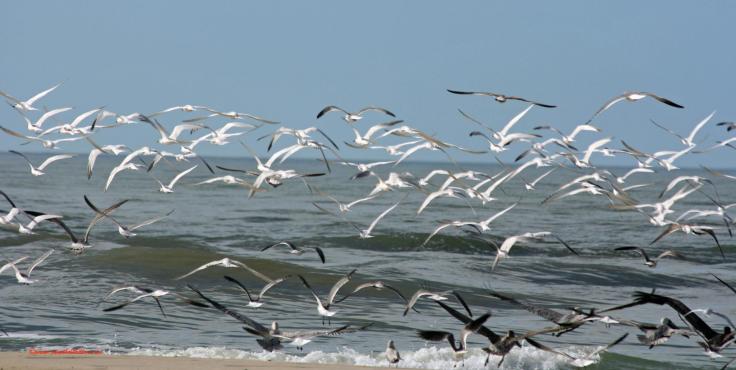 When I was writing the post here at the blog titled, “The No Fly Zone,” I did a little fact checking. I got in touch with Phoebe Greene Linden who was quoted in the article. I simply asked her if she was quoted accurately and were any of the quotes printed out of context.

We had a short email volley back and forth regarding the quotes and then, she sent me this. It’s a powerful piece and Phoebe has a perspective I never pondered before because, well, I’ve never bred birds. I was moved by her email response to my questions and asked Phoebe if I could reprint it here. She agreed when I told her that what she sent to me was not just an email, but a very powerful essay. This is Phoebe’s point of view from her perspective in her own words. As a reminder, Parrot Nation is about points of view from all aspects of aviculture. The opinions expressed here are Phoebe Greene Linden’s and do not necessarily reflect that of this blog.

I have interjected quotes from the article I was asking her about so you can follow what she is explaining. Those quotes will be in italics. These are Phoebe’s thoughts regarding the Humane Society piece, No Fly Zone written by Charles Bergman: 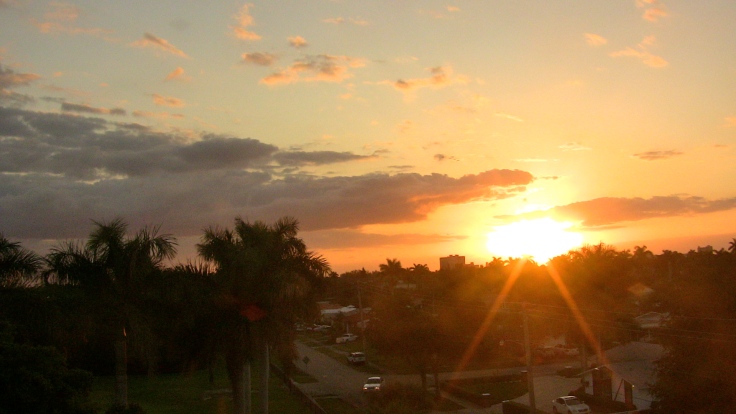 “Yes, it’s a bleak article. And maybe it needs to be overwhelmingly bleak. Because in my experience, if you put that little ray of hope in — “but some parrots can be happy in captivity, given xyz, plus abc,” —  if you include any exceptions to the “parrots deserve better than captivity” rule, people will grab on to that exception and think, ah yes, that’s me — I’ll be the exception, my parrots will be happy.

Animal people are notorious for this wistful thinking — if they’ve had lots of dogs and/or cats, horses, whatever, for their whole lives, they think  parrots will be like those companions, give or take a few considerations. They already know it all — their dog was really smart, not like other dogs; their cat was a Teacher, their experience is higher caliber, they’ll have grateful, contented parrots who will adore everyone and be life-long happy beings, or so they think. Then it becomes the parrot’s job to re-educate the person and the parrot pays for the person’s education, big time.

Plus, we know that if we responsible parrot caregivers — those who’ve seen the world as a captive parrot does, from inside the cage — if we say, “Well, I’m not against all captive parrots, I’m just against people having a lot of them, or just against them going to people who aren’t educated, or smokers or abusers or workaholics,” then we get into all these cultural distinctions that are impossible to control, rule out, screen for or define. If we advocate “no captive parrots, period,” we still know that lots and lots of people will keep them because they are the self-perceived exceptions to the rule, because people have kept parrots since the beginning of recorded history, because people will not be denied their desires, people will not be bossed around about animals. Due to that — due to the numbers of people who will continue to demand parrots no matter what — we (those of us who know and care for them) need to de-prettify parrot keeping. We need to show it for the train wreck that it usually becomes, a train wreck wherein humans remain unscathed but parrots turn into rubble.

We have to say: No New Baby Parrots. None. It doesn’t work. It’s not good for the birds. If you love parrots, protect them in the wild, adopt a homeless one, or volunteer at a shelter, or do all three! Give your time, talent and money to parrots who already exist and see how far your efforts take you. Really measure yourself, and ask yourself honestly, what did I do today that made a lasting positive impact on parrots’ lives? Make a difference for a parrot who’s alive today. Never buy a parrot, and don’t support those who raise or sell them.

Image by Nato Tuke, of baby yellow-shouldered Amazon in Bonaire who was rescued from smugglers.

That way, if we’re really firm and really repetitive, we might make a difference in 20 years. A small difference, yes, because there will always be those who see dollar signs in an animal’s eyes and those will have their influence. Therefore, it’s all the more imperative that those of us who know and advocate for parrots help shut down parrot breeding. Even though it will be a long, arduous and contentious venture, we simply must add our voices to the “reduce demand” chorus and be loud and clear and endlessly repetitive and say our truth as we know it — that parrot breeding is exploitive, traumatic to the birds, dangerous to conservation (because wild parrots will continue to be poached to supply illicit trade) and wrong.

People (previously me included) do not understand, simply cannot understand until they’ve been in it 25, 30, 35 years exactly what goes in to keeping parrots in a truly compassionate way, in ways commensurate with who the parrots really are. At the beginning, Harry and I were young, endlessly energetic in high-paying jobs with money, energy and time in abundance. Fast forward thirty years and shifts in employment — limited energy now, limited funds, parrots getting older — would we do it again, knowing what we know now? No. No way. But, would we ever give them up, our flock, our retired breeding birds? Never. They are our beloved flock, our family, our reason.

I wish I’d never sold one baby. I wish I knew where every single one of them is today, and how they’re doing and whether they remember all the love we poured into them. Do they remember their parents? Siblings? Are they lonely? Appreciated? How many homes have they been in? Do they still fly?

The clarion call, now, knowing what we all know about human nature and psittacine nature, must be for an end to captive parrot breeding. Except for conservation re-release programs, vetted and run by real behavioral biologists. There are simply too many variables with people. That’s why I say it’s not a parrot problem, it’s a people problem because to me, people are the problem. Parrots are wonderful, amazing creatures — the way they can embody and express life, with zest, is a gift like none other, but it’s a gift people can live without or can experience in the wild. Too many parrots in captivity have that gift sucked out of them.

The owners of Santa Barbara Bird Farm in California, Phoebe Linden and her husband have not bred parrots in 11 years, out of concern for what breeding does to the birds’ mental health.

“There are so many crazy, whacked-out parrots,” she says, emotion filling her voice. “Every domestically raised bird is traumatized. To some extent all are. Some birds respond to trauma, like some people, and have no effects. Some drag their trauma around with them all their lives.”

Patricia, I do believe that every parrot raised in captivity is, to some extent, traumatized. Considering trauma as a set of unnatural experiences that are foisted upon one by another, yes, captive raised parrots are all traumatized. But, as I said, some respond well to the trauma and show virtually no long-lasting negative effects. While others never recover.

She adds, “We don’t have a parrot problem in the country. The parrots are not the problem. The problem is people. Too often, they want the parrots to be decorations. Or they don’t focus enough on the parrots’ needs.”

I don’t remember saying that people want parrots as decorations. Those days are over, I think, speaking generally — most people know that parrots are more complicated that interior design elements and don’t buy them as decoration, but still, they underestimate the amount of time, work, contemplation, understanding and resources required to keep them in a manner deserving of the parrots. I also think this matter of  focusing on the parrots’ needs and fulfilling those needs, in whatever variety they occur, is very under-examined by many parrot caregivers. Some parrots like playmates, some want to breed, others want to remain celibate; others want tons of exercise and adventure, others want endless days of the same routine. Most females like a box, at least during certain times of the year, wherein they can brood and be quiet — and denied that box, they pick, get anxious, bite, scream and/or live life of misery. 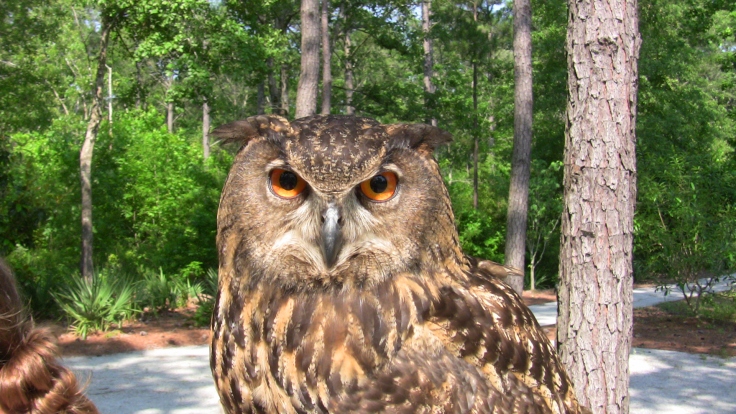 The vast majority of caregivers still are afraid to give their hens a box, afraid of this or that, cannot manage the whole ovulating thing, or the parrots don’t exercise during non-brooding seasons and get egg-bound, or aren’t comfortable when brooding due to normal household disturbances (like the noises of T. V., telephone conversations, the endless humming of electronic devises) and get pissed off, fed up, aggressive,  — and all of these deviations from normal behavior are captivity-caused. In short, people cannot know what is going to make their parrots happy until they live with those parrots for a while and then only if they carefully observe how the reality of happiness continues to change as weeks, months and years go by.”