Chasing My Tail and Getting Somewhere

While things are tending to head south in the altitude area of my life, things have picked up speed in the bird world. I kind of suspected they might this year, but this flying jazz is getting in the way of my happy, yet rather untidy world of birds. I say untidy because it seems that all I seem to do is fly, wash the floor and change cage papers. However, I have a few things I’ll be attending this year that are booked already and I’m very excited to be doing so much.

First off, my Editor at In Your Flock Magazine,  Sandy Lender has invited me to help her “Man the Booth” at the North American Veterinary Conference in Orlando on the weekend of the 19th. Now normally, this animal medicine jazz isn’t my cup of tea as I can handle pretty much anything when it comes to people, seeing an animal in distress pushes me right off of an emotional cliff. I cannot deal with it at all. However, I am a huge advocate of preventative maintenance as it were. I’ll go out of my way to help people feed their flocks well, to help avoid having to go to a Vet for anything other than a wellness check.

So I can see where In Your Flock belongs at an event such as this. Sandy wants the magazine to really explore all kinds of avenues and hitting deeper subjects like avian medicine is one of the topics I think she is intending to target. So attending this convention is really a no-brainer. So, despite the fact that I hate driving, I will be heading out for this shindig.

In February, I’m heading out to Phoenix to do a little deal on Chop for the Arizona Seed Crackers Society on the weekend of the 16th.  That should be a lot of fun as I haven’t met a lot of people from that area. Mary Rose is in charge of that and having met Mary, I can tell you that she is one of the most amazing people I’ve ever met! Seriously determined with a huge heart, Mary is a force to be reckoned with.

I’m thinking March is still pretty “Loosey Goosey,” but with the way my memory is going, I may startle myself by forgetting something. Wouldn’t be a bit surprised…

Which brings me to May. Yup, I’m going back to the Midwest Bird Expo. Talking Chop and meeting people. Two of my favorite things. I also get to visit with my friend Sandy who I’ve known since we were nine. So that’s always fun.

I have some tentative stuff all over the place as well. I know that The Bird Lovers Club wants to throw a Chopalooza Fundraiser. I think that’s in May or June. I’ll let you know as soon as things are firmed up for that.

July 20th, I’ll be in the Baltimore area for a Chop Clinic at a Phoenix Landing Event. Hopefully I’ll see some of my friends there including Katrina Webster, Danielle Renshaw and Vicky Clem. I hope, I hope! I always love getting together with the PL people. They are an amazing group, and they do incredible work. This leads us up to August.

Want to know what I do up there? Read my friend Heather’s book.

Now August is usually pretty tricky for me as I have annual training down in Dallas. So much fun. If I pass all of the drills, I get to keep my flying job. Nothing like a little pressure. But I do have a very interesting event taking place at the American Federation of Aviculture’s annual conference in August: 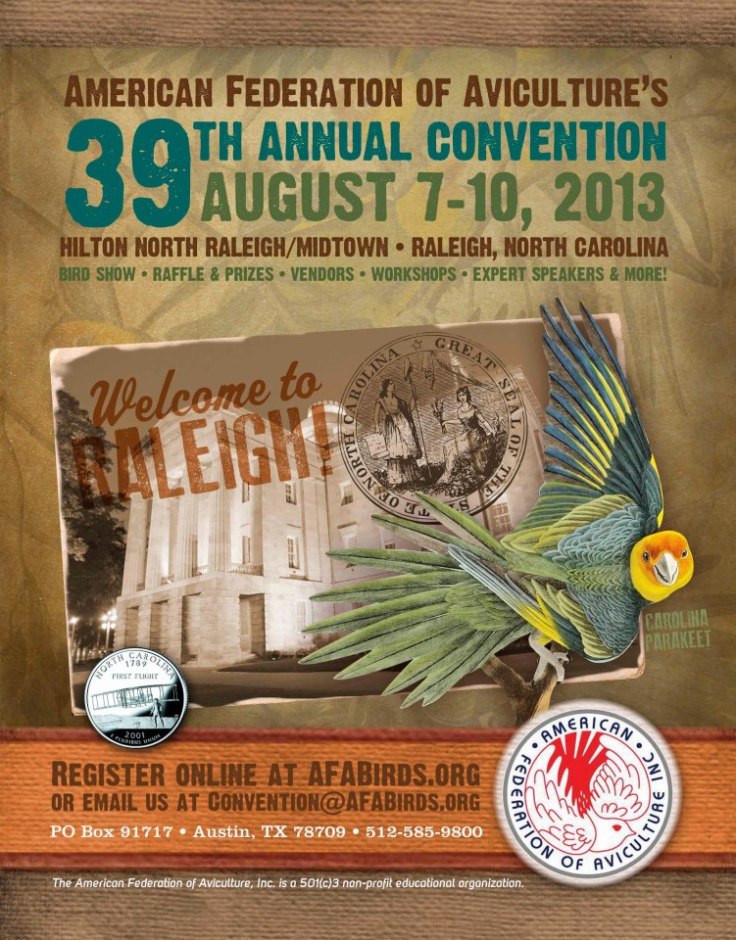 Details will come soon, but It is going to be one wild event if we’re able to pull it off. Think “Chop.” Think of Alton Brown. Now think of me playing Alton Brown on “The Food Network.”  Enough said. 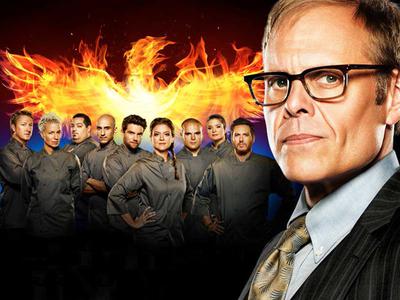 So there you have it. That is what I have going on so far. Now here is where I could use your help. My brain has been like a sieve lately due to the flying I had to do during the Christmas Holidays which was very close in feeling to a ride on The Mad Hatter’s Tea Party attraction at Disney and trying not to scream.

Christmas time in airports? Not our favorite thing. So if I missed an event or somehow managed to not post it here, please let me know. I’ll immediately post it and make sure it goes into my online calendar, which I’m still trying to figure out.

6 thoughts on “Chasing My Tail and Getting Somewhere”