Moving On: The Aftermath of Wings Over the Rainbow

While there has been a great deal of interest in the Wings Over the Rainbow seizure, with it came the usual storm of controversy, differences of opinion and points of view.  I have seen this before when I posted the story of the Troy, Ohio birds seized last summer.

While the Troy case was clearly a hideous case of neglect, this one is still fuzzy around the edges. The photos obviously don’t tell the entire story as two people can always look at the same thing and view it differently.

One thing that is clear to me is that WOTR is a rescue and they came out of the gate with the intention of doing good for birds. I commend them for their intention. But while I wasn’t there and the facts are still fuzzy, it bothers me that it went so far that a seizure was even considered. 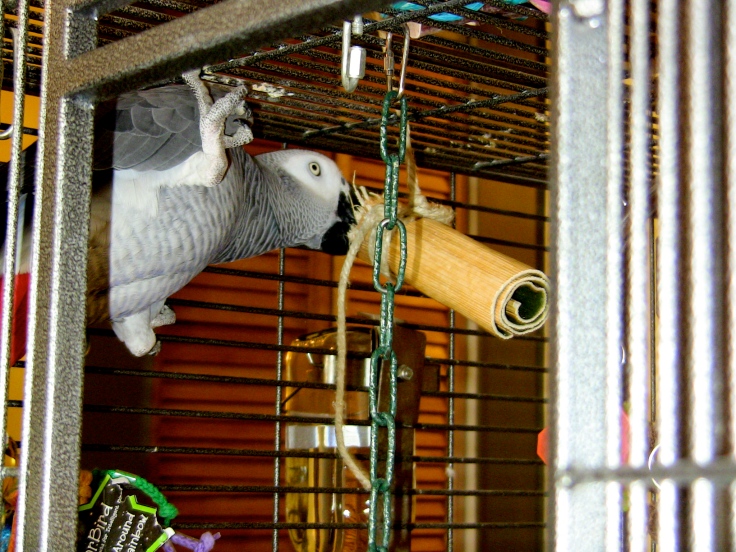 Parker with his “Ty-Stick” Toy

It’s still early in the court proceedings and the birds are still being evaluated and treated. I do know that no birds as of yet have been euthanized because that was part of the model they went in with. Whether this policy stays in place is still in question. From my understanding some of the birds were in pretty tough shape. And it was explained to me that WOTR took in the hard cases, so many of these birds came to them already in rough shape. So I’m sure they will have to take it as it comes and do what is best for each individual bird.

As far as the wide range of opinions people are rendering, I believe the reason for the discussion and the differences of opinion comes down to one thing: People give a damn.

If they didn’t, they wouldn’t feel so strongly about voicing their opinion. With well over one hundred comments, my post Twisted Heart from last week is peppered with opinions about how things were handled and whether the seizure should have happened in the first place.

There has been conjecture that perhaps some of the photos were staged to make things appear worse than they are. I have been told that apparently this has happened before in other cases. I highly doubt this happened in this case but that possibility was thrown out there. However, I just don’t think the conditions were staged in the Moraine, Ohio seizure:

Let me once again reiterate that I was not there. I would have liked to have been there to help out in any way I could, but that’s all water over the dam at this point. However, it does bring up a point of interest and a subject worthy of discussion.

I have information from excellent sources that this particular seizure had been planned for months. The Humane Society of Greater Dayton wanted to do things correctly and not having had much experience with birds, they consulted several seasoned and well-respected avian professionals and Avian Veterinarians before executing the seizure. Unlike the Troy case which turned into a legal nightmare, this case is very different. The humane officer in charge, Sheila Marquis had competent people advising her long before her agency went in. She had an air conditioned van lined up and cages donated. She had experienced volunteers, food, perches, toys and equipment. They were well-prepared. 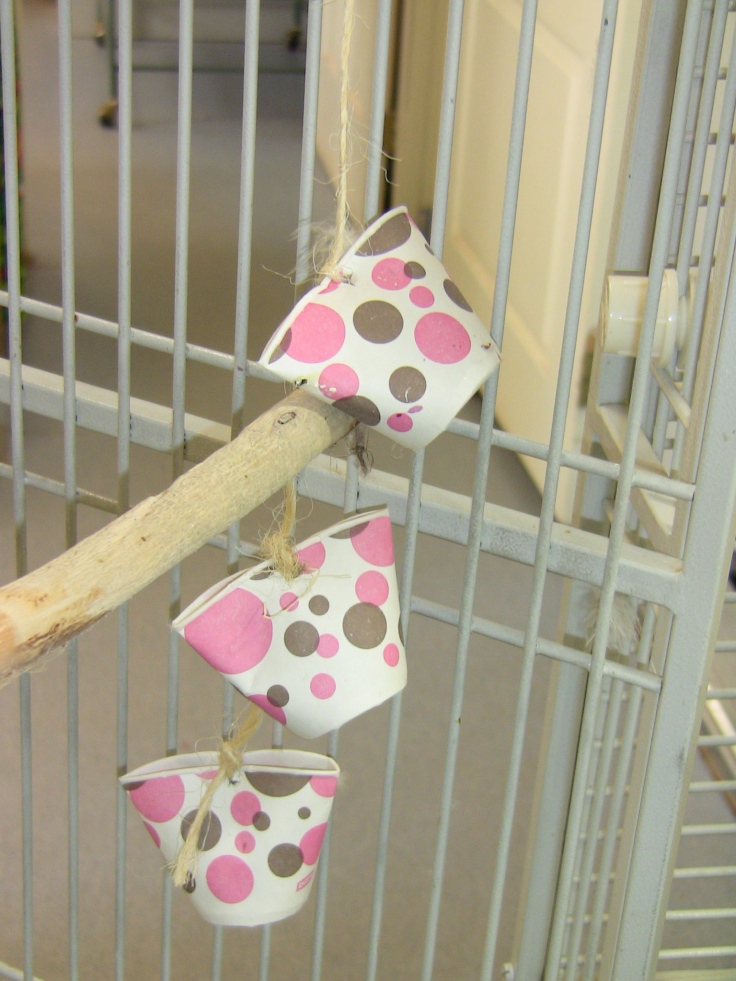 Let me qualify this question by using myself as an example. I’m a very competent parrot caregiver in that I have a flock of three healthy, happy African Greys. I have worked in various areas of aviculture for a time by experiencing the work of a keeper in a zoo, and working at Best Friends Animal Society. I have helped out in the retail business assisting in opening a retail bird supply store. I’ve seen bird food being manufactured and packaged.

I have also seen first hand what the home of a “breeder-hoarder” looks like. (This is my opinion. It was years ago when I was first getting into the field. I saw what I saw and while I didn’t like it, at the time I didn’t know any better and wouldn’t have known what to do.)  I roughly know how a “Foster Model” Adoption and Rescue non-profit works as well as a brick and motor model. I’ve also seen a sanctuary. 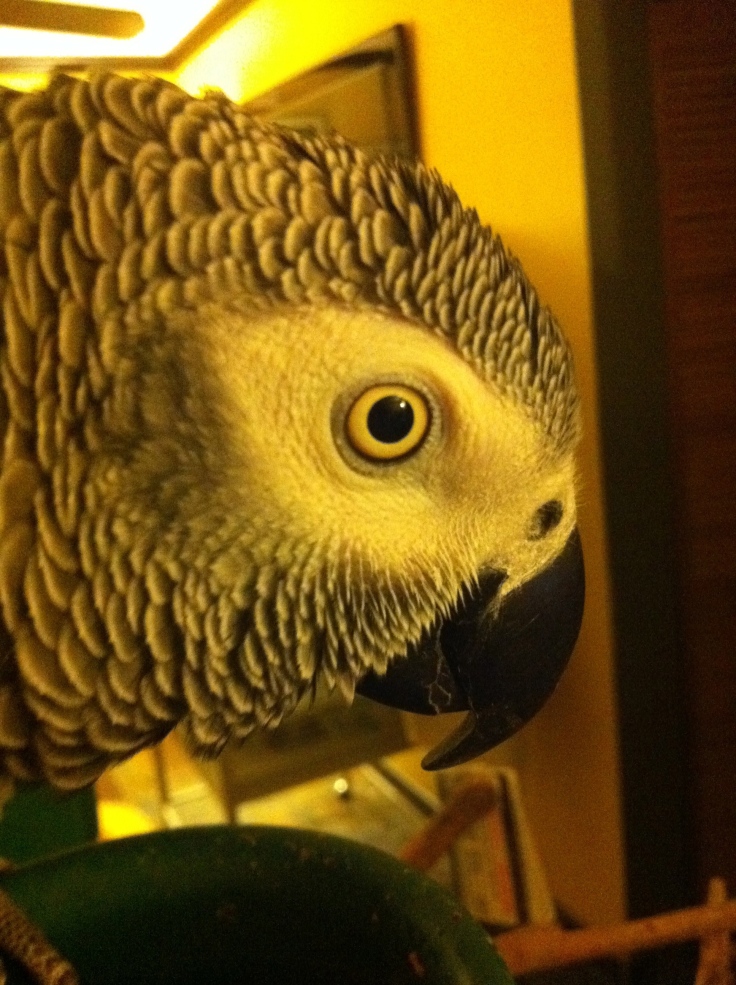 I’ve seen good bird retail shops, great retail bird shops, and some places that looked like crack houses. I don’t know anything about breeding.  I am not a Vet Tech. But I know how to handle birds gently and sensitively. I know how to take direction and I know the difference between a healthy bird and one that is very sick.

I also know how to set up a cage, clean a cage, scrub perches and wash bowls. In a situation like this, it would seem that while you need people who know what they are doing actually running the rodeo, you don’t need “Avian Experts” to clean and replace the papers of the cages containing over a hundred birds on a daily basis. You don’t need Avian Vets washing bowls and scrubbing perches. Even I can do that.

So questioning the “competency” of people helping out seems a little petty to me.

I had questions about how one goes about planning an operation like this or even if there was a guide to setting up a rescue. Turns out that there is.

I discovered that there is a book written on the very subject of how to cope with this situation. It’s a handbook available at the Avian Welfare Coalition called, Captive Exotic Bird Care: A Guide For Shelters. It came highly recommended to me and I intend to order it.

I do not know all of the people “on the ground” helping out at WOTR. But I do know two. I know Rick Van Tuyl. Formerly of Best Friends Animal Society, I have personally seen Rick’s own flock and know him to be totally competent and experienced to be working with the WOTR birds. He is sensible, and very tuned in to the needs of birds as well as having decades of experience. He is currently on the ground now with the birds and is lending his expertise to the Humane Society of Greater Dayton.

Hanging with Jing, one of Rick Van Tuyl’s African Greys.

I also know Dr. Susan Orosz, one of two Avian Vets who volunteered to come in and help with the triage. She’s an Avian Vet with years under her belt and as far as I’m concerned, that’s enough for me. 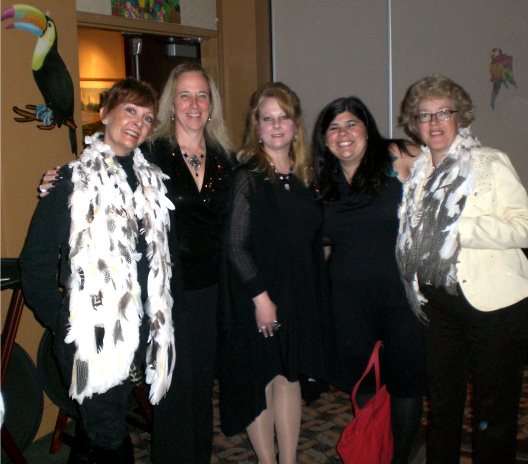 That’s Dr. O on the far right. Photo courtesy of Lisa Bono of the Platinum Parrot

I also am aware of two who were the consultants in setting up for this particular operation. Both have decades of experience, both are still active in the field and both are highly respected. I am personally more than satisfied that the people on the ground are knowledgeable, sensible and sensitive individuals who are not just competent, they are highly skilled.

Along with Dr. O and Rick, Dr. Julie Burge was working with Dr. O doing triage. Long before this particular operation, Dr. Burge was involved with helping animals in the aftermath of Hurricane Katrina.  So with this sort of expertise that I’m familiar with, not taking into consideration who else is there, I’m comfortable that this situation is in good hands.

There will forever be discussion and debate as to the necessity of the seizure. But at this time, that point is moot. The birds have been taken and are under the care of people considered competent by the local authorities.

What happens next is no longer up to anyone but the court system. In the meantime, perhaps we should all concentrate on helping the people who are helping the birds. If those of you who have set up ways to help, to donate or to assist in other ways could post links to those organizations in the comments section, it would be very much appreciated.

63 thoughts on “Moving On: The Aftermath of Wings Over the Rainbow”