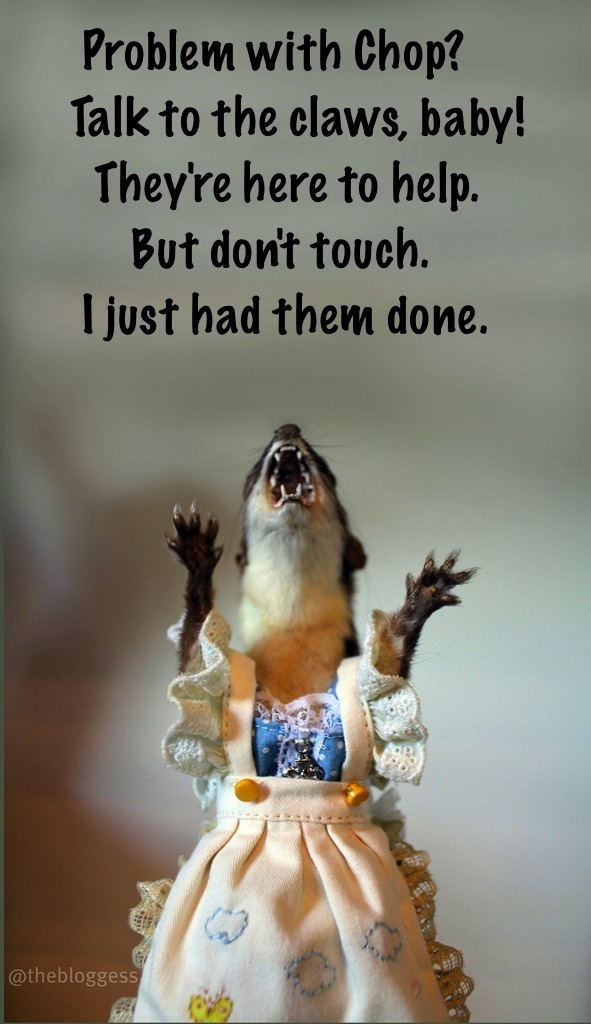 As you can imagine, Juanita has taken on a life of her own here at Parrot Nation. I like her. She’s a tad bitchy, but she does tend to stick to her knitting, and her convictions.

She says things I would never dream of saying. Well, except to Janet. But then we scream at each other all the time. (She has a spacious house.) I get a little worried around other people when we doing something. Because I’m afraid people think we dislike each other. We don’t. We just scream a lot.

But in a nice way…

“Janet! Where in the hell are those watercress bunches?” 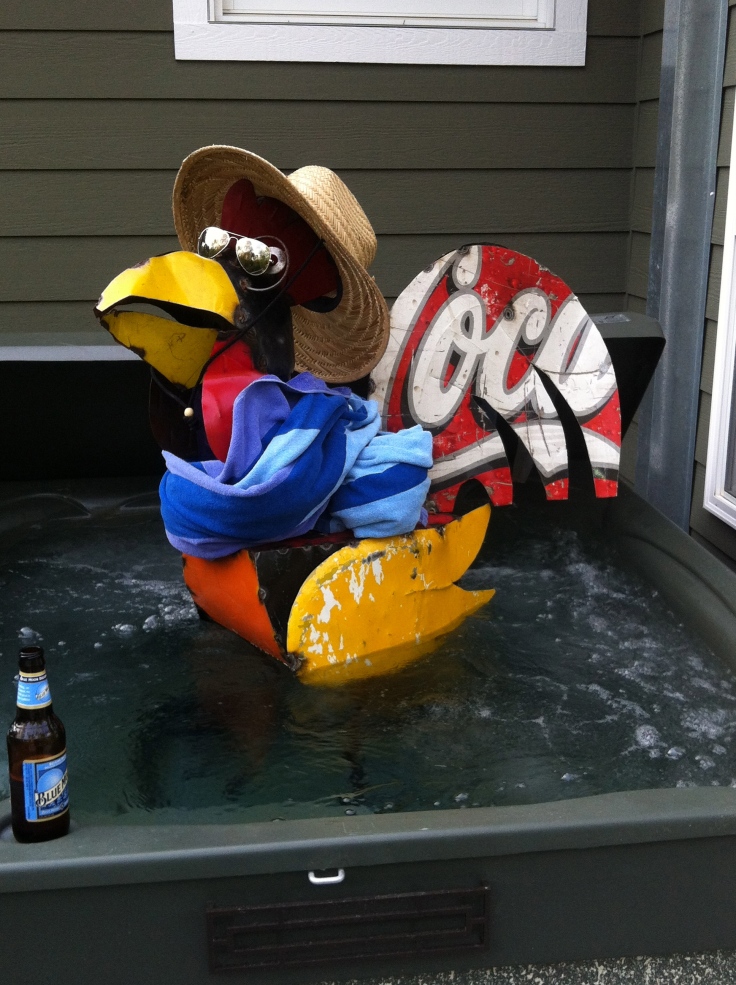 But Juanita? She says what’s on her mind.

When I was doing the giant metal chicken photo series over at Facebook, someone remarked, “Oh, to be in your head for about 2 minutes!…what a wonderful place that would be :)”

My response? “Yeah, well, it gets a little weird in here occasionally.”

And believe me, it does. Now, Juanita is not my invention. (And just to be clear here, neither is freezing parrot food… Certainly don’t want to piss off the neighbors…) Her photo was taken by poet laureate of blogs and really strange, but fabulous chick, the Bloggess.

I take my scarf off to her! Nevertheless, she has found a home of sorts here at PN. I welcomed her with open arms when she came screaming into my life and into my heart, because she’s just so brutally honest.

Maybe she’ll actually be polite and let’s all hope I get some decent answers out of her. I’ll post your questions and Juanita’s answers, (The clean ones…) here at a later date.

Juanita the Weasel's Tips For Chop