Ross Hartill with Binky, the official “Office Cat” at Maintenance

Many people know about Best Friends. Actually millions of people know about them. But how many know what it takes to run this place. Like any large organization, Best Friends has a structure that seems complicated. And to be honest, it is. There are departments such as Animal Care, Support Services, Communications, and Development. They have subgroups such as Human Resources, Medical Care, Creative, Lodging and Emergency Response.  As I said, it gets a little complicated. I have a copy of the “Organizational Structure” tree and it’s pretty extensive. But each department has its own responsibilities and as far as I can tell, performs these responsibilities beautifully. Maintenance is one of those many departments. And Ross is one of the Managers of Maintenance. And this is some of the stuff Maintenance does:

Ross Hartill is one of those people who literally wandered into Best Friends and ended up working there. I don’t know what it is about the place, but it draws a certain kind of person and the ones that end up there were drawn there by some strange magnetic pull.  Best Friends caused him to move here from Scotland and begin working in a completely different type of terrain and climate. But he embraced all of the changes and loves his work at BF.  As the Maintenance Team likes to point out, it takes a different kind of person to work on their team: 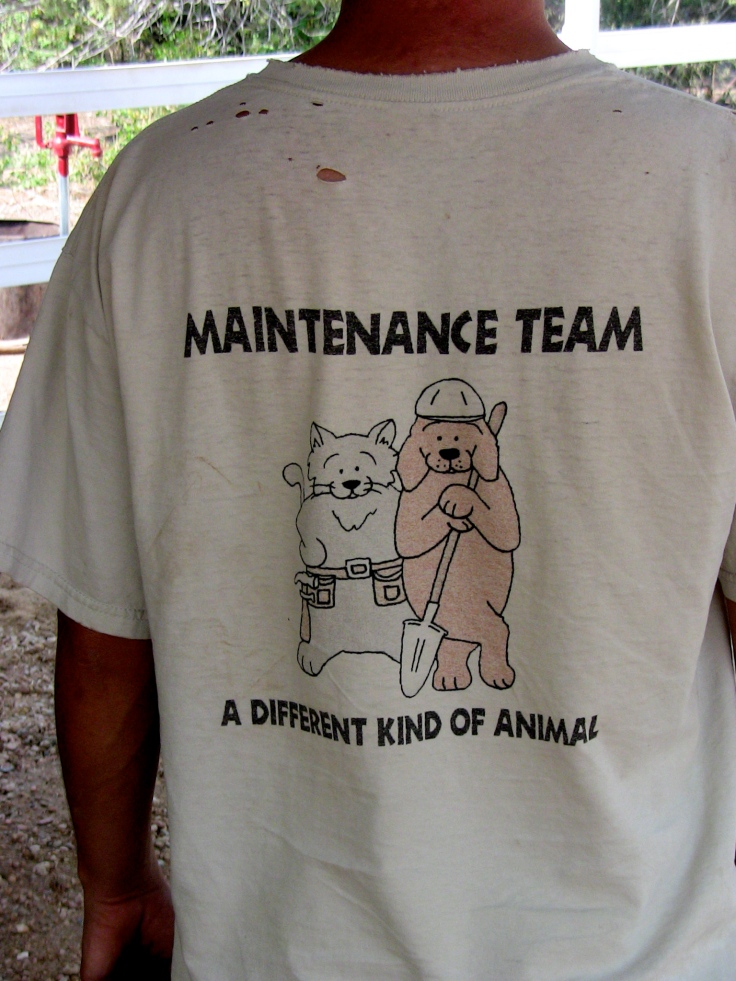 “A native of Scotland, Ross first visited Best Friends in 1999 while on vacation. On that visit, he spent some time at Old Friends, the TLC Cat Club and Angels Rest. When he returned to Scotland, he raved about Best Friends to his friends and family.”

Ross ended up moving to Ohio and then got a job working in California. But he decided to make a stop on his way to his new job and see Best Friends again:

“Upon arriving at Best Friends, he experienced the same feelings he’d had all those years ago and decided to stay awhile. He proudly accepted a position as caregiver at Old Friends in Dogtown Heights. In December 2004, he was promoted to team leader for personnel in Dogtown, overseeing the recruitment and selection of staff in that area, along with aesthetics and maintenance. In July of 2006, he moved to the Maintenance Department, where he is responsible for maintenance quality and customer satisfaction.”

Here is an example of the Maintenance Team moving one of their yurts originally used during the Katrina effort in New Orleans:

I have to say that Maintenance has some great toys! Here they were pulling some posts from an old fence they had replaced: 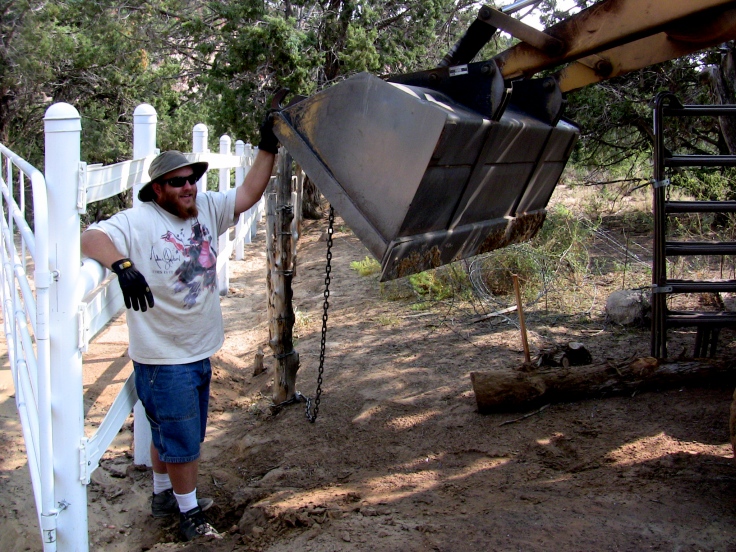 These guys pull and replace fences, fix anything that needs to be fixing, rotate and balance tires on the 80 or so vehicles BF has, change light bulbs, and shovel snow. They plow the roads, repair golf carts, build enclosures for the animals and fabricate parts and needed items for the BF operation.

They even customize truck interiors for different departments: 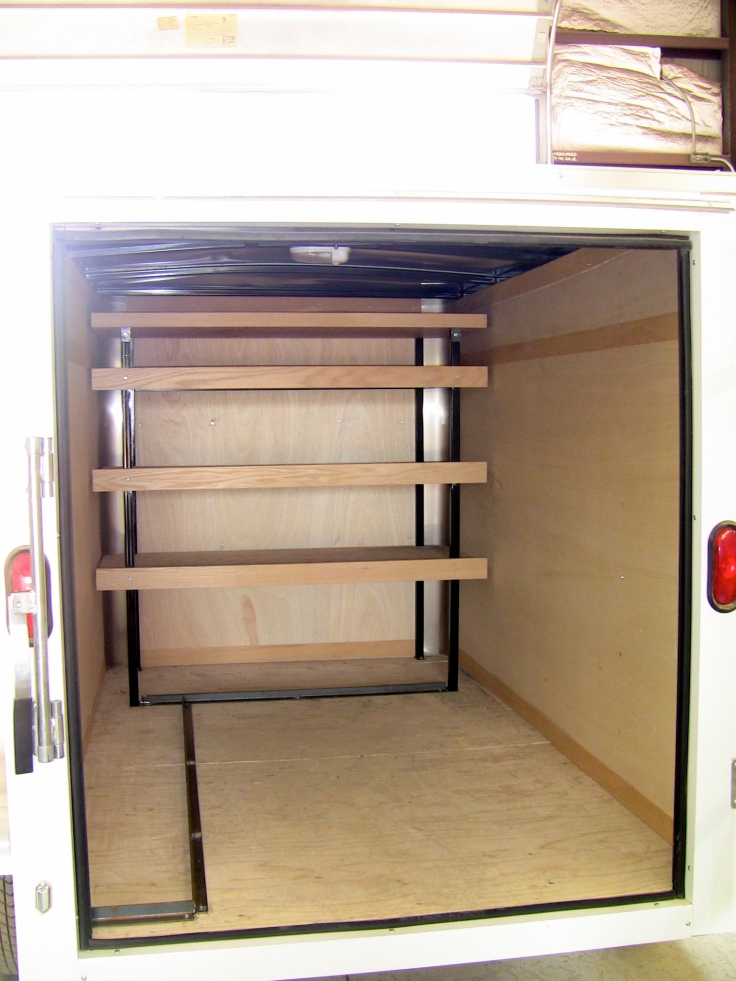 The place is enormous, so this team has their hands full. Occasionally they resort to bringing in outside contractors for work, but they don’t like doing that and always try to find a way where they can do the work themselves. Ross and his team have high standards and it bothers them to no end when they see something done by an outside vendor that isn’t quite right.

So you see, even though most people know Best Friends is about the animals, it wouldn’t be able to accomplish the work it has without people like Ross and his talented team. Not unlike the Cincinnati Zoo and the “House Pride” of each Animal House, The Maintenance Team members  are fiercely loyal and very proud of the work they do. I liked these guys. They know their work is important and even though their department is one of the lesser-known and overlooked departments, they are such an important part of the structure and BF wouldn’t be what it is without these guys. Just ask Binky the office cat. He’ll tell you: 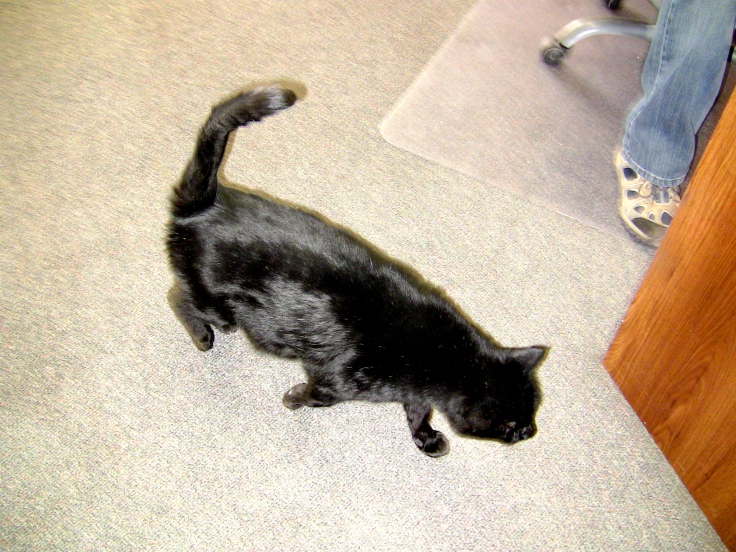