“It’s All About the Birds!” 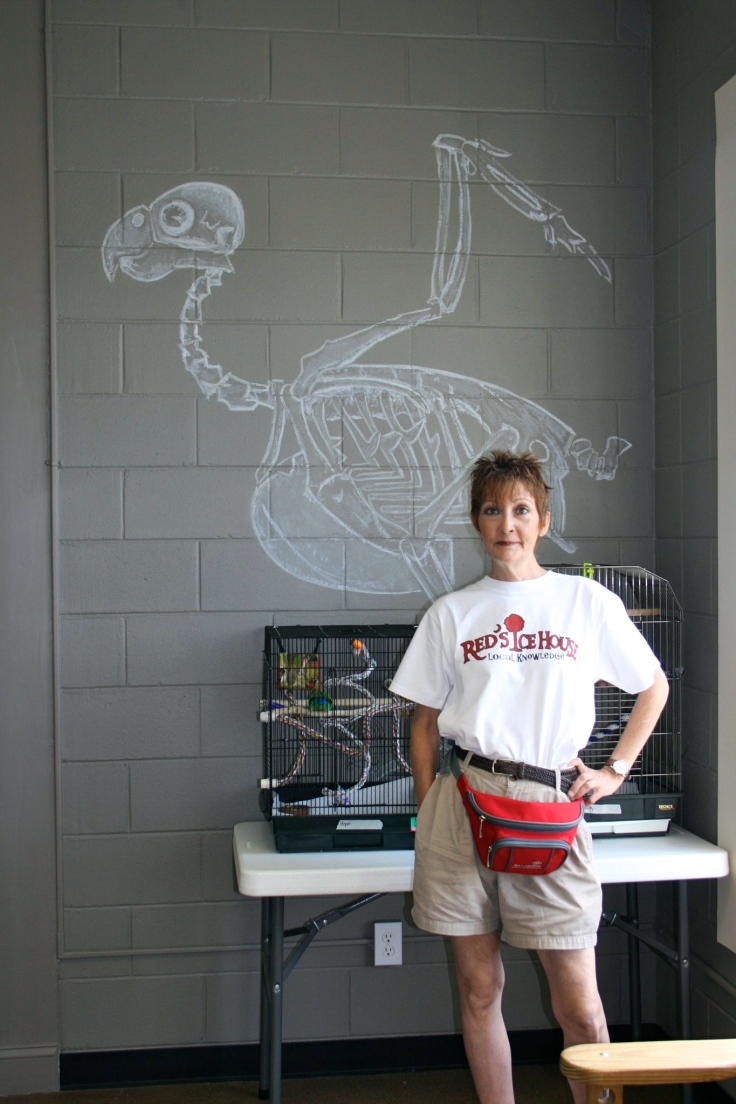 Here we go. “It’s All About the Birds!” Interesting subject. Have you ever heard anyone say that?

I was having a talk with a friend of mine who is well-known and hip-deep in the business and this phrase came up. Highly-respected and considered an authority on a particular subject, this particular belief  came up and out came this comment from my friend:

I had to agree. I’ve always found that particular statement unnerving, because unfortunately it often comes out of the mouths of people who are doing their damndest in the industry to change things. To make things better. I hope they want what I want:

“Bring me the head of whoever originated the all-seed diet!”

“Convince the industry to get rid of the crap that can hurt birds.”

“Can we work on straightening out some of these misunderstandings between factions and try to get on the same page about a few things?”

George Carlin did a piece a while back called, The Planet is Fine. It’s brilliant.

By the same token, birds left to their own devices in the wild and aren’t poached, messed with, have their habitat destroyed and their food sources decimated are fine. It’s us who need to change. If it wasn’t for us, they’d be just dandy.

It’s the humans who painted them into the corner they’re in. Now we’re all up in arms about a situation we ourselves created and we need to figure out a way to undo the damage.

We began importing wild birds hundreds of years ago; poached the dudes right out of their homes and neighborhoods in the wild.

Uh oh.  Maybe that’s not such a bright idea. Maybe we ought to stop that. Honestly it was an accident! We didn’t know…

So the CITES treaty was written and signed and now the trade of endangered flora and fauna is regulated and controlled including birds.

Then we took to breeding them which is fine and dandy as long as every bird that was bred was wanted, loved, fed appropriately and well trained.

Now we have birds without homes up the ying-yang and places like Phoenix Landing, Bird Lovers Only, Foster Parrots, and Gabriel Foundation scrambling for homes for these guys and the Oasis Sanctuary trying to look after and care for some of these guys that are homeless and some who will never find a home.

I won’t even begin to pretend to have all of the answers and all of the solutions. If I did, I certainly wouldn’t need my day job. There are people in this business with far more experience and who are far more savvy than me who have been working overtime trying to come up with a solution for this issue for years and haven’t managed to do it, so I don’t feel too bad about not having come up with a solution yet. The problems are far too complicated for me to even fully grasp.

But I keep working on it. I keep trying to learn more and to figure out a way where everyone is happy, birds have homes, breeders aren’t left without an income and nobody needs to resort to poaching to try and get birds for companions.

So when my friend winced about this oft-used expression, I completely agreed because I’d had the same thoughts: It isn’t really “all about the birds” at all. It’s about us and how we managed to create a huge mess not only for them but for ourselves. Until we get a grip on this reality, we can’t possibly move ahead and solve these issues. Stop looking at all of the pretty birds and grab a mirror. Take a look at what you see.

You are now looking at what it’s all about. Sounds selfish doesn’t it? It’s not. The better educated you are about taking care of your flock, the better chance they will have of staying with you, surviving beyond you and actually staying in a home. The better training you give them, the easier it’s going to be for them in the long run.

The more you know about positive reinforcement training, a good diet, enrichment and all of the other details of caring for your flock, the better off they will be overall. You’ll be happier and so will they. But it’s up to you.

I’m still trying to understand all of the ins-and-outs of the issues. But for now, let’s just say I’m “Raising Awareness.”