Paula and Moi Catching Up at the AFA

Where would be without it? In the bird world it seems that something is always going on and people have a tendency to disagree more than they agree. Sides are taken, opinions are raised and in the middle of all of this, sits the birds. Well, what about them? I’ve stated before and I’ll state it again that this particular issue isn’t really about the birds. It’s about people having an opinion, or people just wanting to do the right thing. Well, most of the time.

Occasionally it’s about someone just wanting to be right. They need to have the last word, slam the door on a conversation and sit back knowing, just knowing that they got the last word in, made their point and nobody is more right than they are. As you can well imagine, I run into that now and again. And trust me, I’m not the door slammer, the person who is always right and to be honest, I really hate pissy infighting. 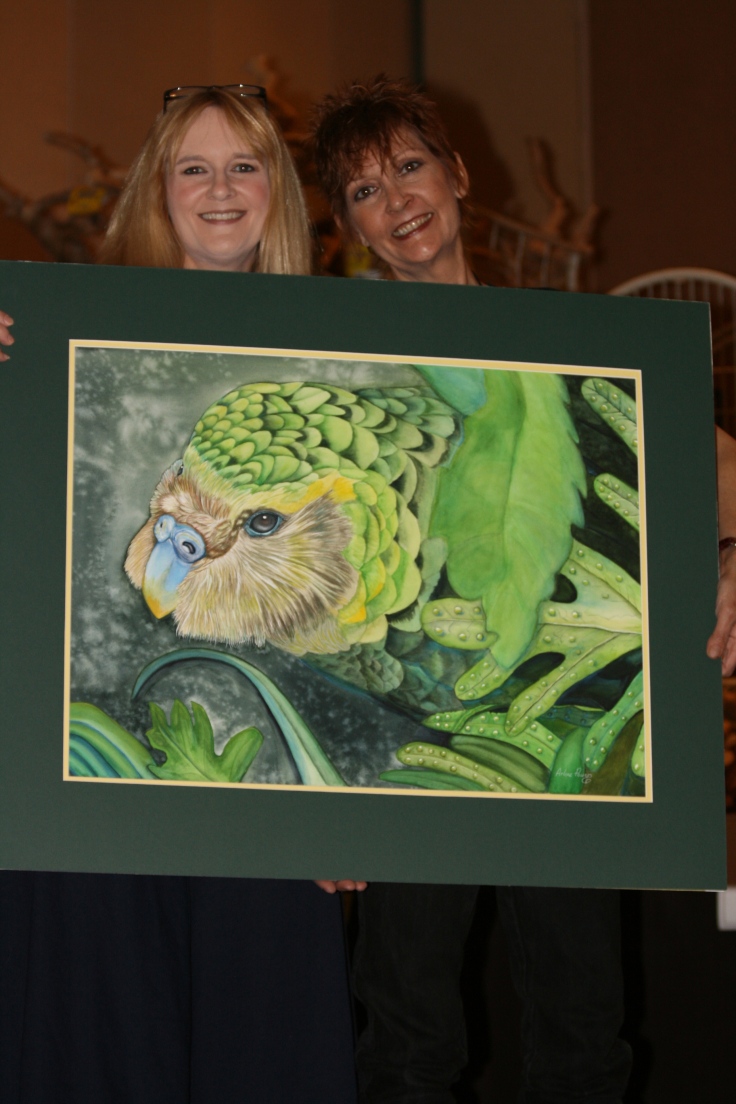 Barabra Heidenreich and I with a kakapo painting.

I don’t mind healthy debate. And I’ve seen some great debates in the comments section of various posts I’ve published throughout the years. And I don’t mind that at all. I’ve never really felt the need to put an end to it because it never got bloody. Were people upset? Sure! Did they get worked up? Of course. But if they want to discuss it here politely, albeit passionately about their point of view, far be it from me to end it. 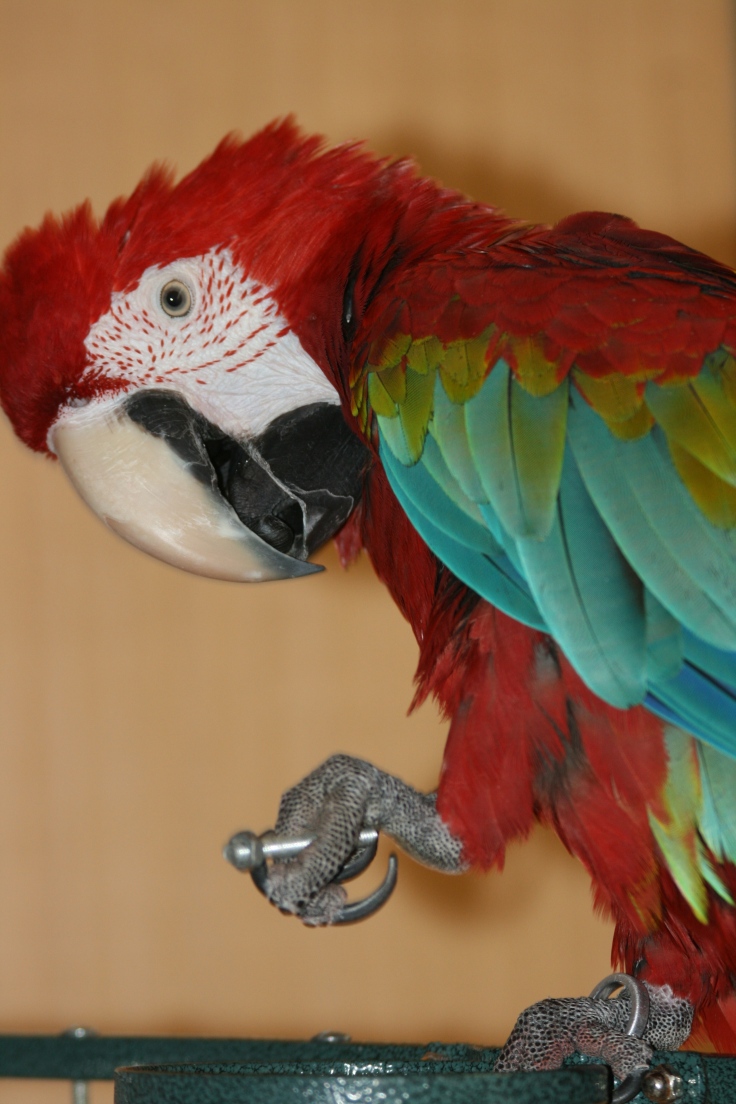 The Macaw has the microphone…

In all the years I’ve been writing this blog, I’ve only failed to post a handful of comments and that was because they took potshots at other people who were commenting or got really lowdown, personal and nasty about someone who made a statement. A few months ago, I got one comment from a person who made a statement of “fact” I couldn’t verify. I simply can’t print that. But what is it with this finding fault in everything crap? Good God! Someone puts up an opinion somewhere on Facebook and it’s like the Church Ladies of the world go after them with pitchforks and torches. And I’m not talking about the “Debbie Downers” of the world. That’s certainly one brand of post I don’t care for. I’m referring this time to people who absolutely must correct every damned thing you say or do. 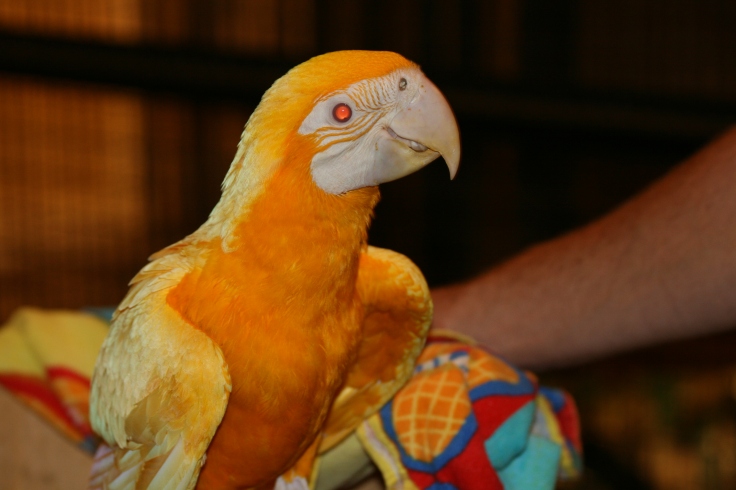 A Golden Macaw at the AFA

I had my own personal heckler at my AFA Presentation. And she was a doozy! For one thing, she came into the presentation obviously not knowing the subject of my presentation which was very easily understood and clearly stated: The Chop Revolution: A Method of Feeding Your Birds Without Losing Your Mind.

Pretty simple right? In the title is the word, “Method.” This pretty much explains that I’m talking about a process, a way of feeding flocks. It doesn’t state, “What to feed your flock.”  Apparently she didn’t understand the assignment, so to speak…  I finish my presentation and took questions. There were a few. And then, “Ms. Missed the Assignment” (MTA) spoke. She said that, “All root vegetables need to be cooked.” I replied, “Like carrots?”

“Well no, those are all right.”

Did you just catch that? Did she not just previously state emphatically that ALL root vegetables need to be cooked?

She then want on to say, “But root vegetables like parsnips and rhubarb…” I replied, “Rhubarb is not a root vegetable.” That’s when I knew I had what Robin Shewokis calls a “YeahBut” on my hands. 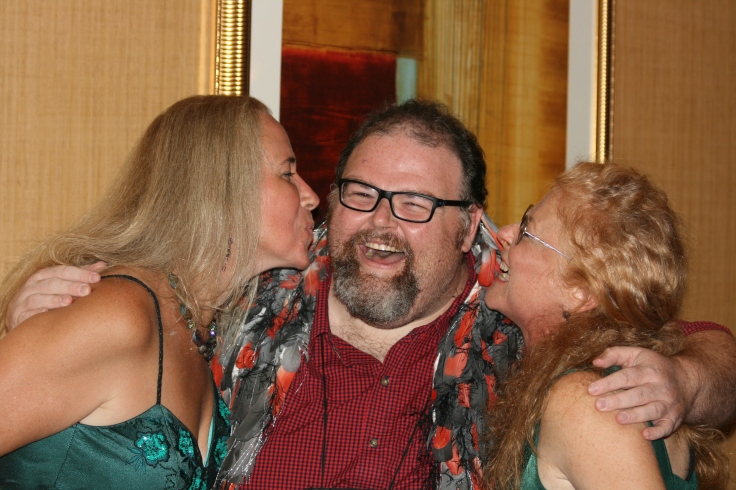 I told her that she was free to cook anything she liked and I was not about to tell her how she should feed her birds. She then went on about how she didn’t understand what the talk was about. Well, allrighty then! This didn’t not sit well with her. She said she wanted me to TELL her what to feed her birds. I started to say that it was a concept, a method I was talking about and that nutritional guidelines were all over the internet. Why would I waste people’s time by going over something they can find on their laptop? 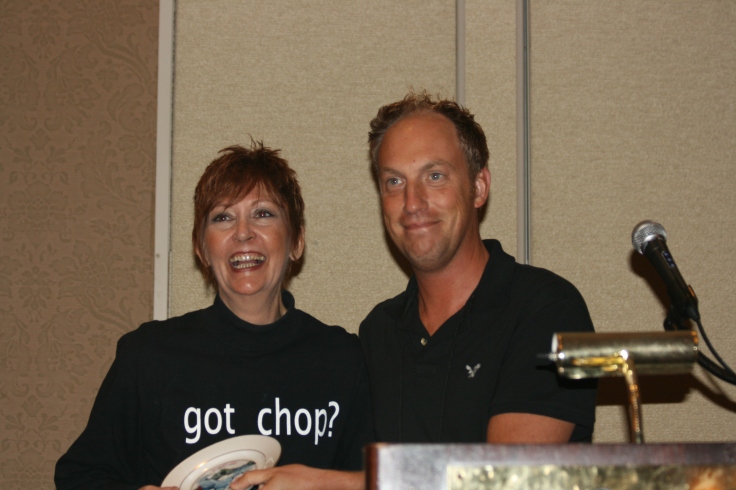 Jason presenting me with a plate. I noticed there were no cookies on it.

Jason Crean who was my wonderful moderator stepped up to the plate and said that the title of my presentation was clearly stated. Robin Shewokis then got the bit between her teeth and basically said that this was the about Aviculture and that not all people eat the same things let alone birds. This got her a big round of applause. So essentially, “Ms. MTA” was shut down. I really wasn’t bothered by it too much because she was so misinformed and her argument had no bearing on reality. So it was a moot point, really. There is an interesting quote by Gregory Benford. It’s called Benford’s Law of Controversy.

“Passion is inversely proportional to the amount of real (true) information available.”

I’ll have to keep that in mind. 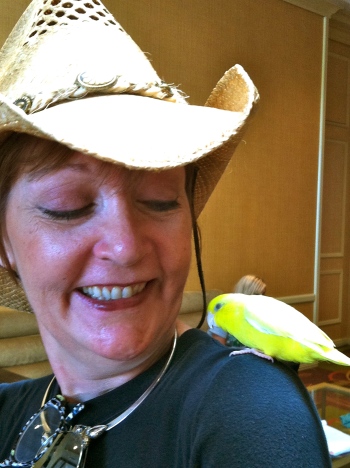