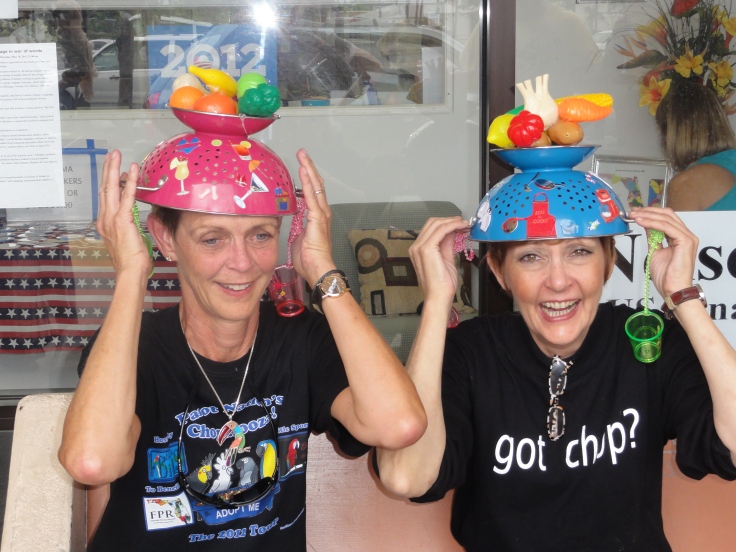 Get Your Safety Helmets On!

Stop it. These are birds. They want to have fun.

“Helicopter Parenting” has been taking a major bash in the teeth lately due to that backlash results later on. If you aren’t aware of the term, here it is according to Wikipedia. It paints some broad strokes, but it describes the the basic concept:

Helicopter parent is a colloquial term for a parent who pays extremely close attention to their child’s or children’s experiences and problems, particularly at educational institutions.

The term was originally coined by Foster Cline and Jim Fay. Helicopter parents are so named because, like helicopters  they hover overhead. It is also called “overparenting”. It has also been reported that some such parents get involved with their children’s salary negotiations.

So what’s my point? If you are directing every single aspect of your flock’s life down to the minute, that is what I’m talking about.

I got a comment a while back on a photograph I posted of my birds on my front porch. Here is the photo, or one just like it:

Nice picture, right? My Greys are outside enjoying the sunshine and they are preparing to eat some fresh Chop I had just made. What could go wrong?

Well, according to a comment that was, shall we say, rather passive-aggressive, it wasn’t something the person who made the comment would do if the porch wasn’t screened in.

Hmmm. While I have done some pretty wild stuff in my life including hang-gliding off of a cliff in Brazil and learning how to fly on a trapeze, hanging out on the fifth floor on a porch or deck that wasn’t screened in would not be one of them.

I have no problem with heights. I spend an enormous amount of time at 35,000 feet. But I hate edges. Despise them. I cannot deal with them. And I would no more get out there myself, let alone place my Greys out there if it wasn’t screened in.

This was simply a case of finding fault with something. Can’t just say, “Nice picture!” and leave it at that. They had to get all weird about it and make a comment that warned me I was doing something wrong if I hadn’t taken certain precautions. I assured the reader that it was indeed screened in and explained that I wouldn’t have purchased the place if it wasn’t and it wasn’t because of the birds. But this was a case of  “Gotta warn people! Danger! Danger, Will Robinson!”

Relax. As long as common sense prevails, both you and your flock will be fine. Naturally, you don’t want to put your birds in a dangerous or dicey situation. I don’t believe in taking birds outside without a carrier or a harness. And it’s not just for their safety, either. It’s because I turn into a blithering, nervous wreck if they aren’t. In this case, it’s not about them, it’s about my peace of mind. (I can be be self-centered that way…) Clipped, unclipped, I don’t give a damn, my birds go into a carrier.

I don’t believe in hand-santizer either when soap and water will do. Hand sanitizers disinfect, but they do not clean dirt and grime. And I’ve read where all this hand sanitizing is having negative effects on kids because they don’t have the chance to build up any anti-bodies. And if you get enough of the stuff on you, the alcohol seeps into your system through the skin. Umm, soap and water works just fine.

Ever see someone give a bird a toy and then discover that the bird is having more fun with the attached tag you forgot to clip off? Relax. He’ll get to the toy, let him play with the tag. This is like kids that play with the box the toy came in rather than the toy. As long as your bird is engaged, it’s fine. You don’t have to stand there and try to teach him about the toy.

Parker likes to mess around with quick-links. I don’t know why, but he’ll flip one of those hanging on on the top of his cage forever, making it jangle and move. The hell with the toys in his cage. He wants the link.

Our birds need a certain amount of autonomy. Pepper likes doing a “walk-about” on the floor and I let her do just that after I close the doors to the bathroom and bedrooms. She wanders around, checking things out and I keep an eye and an ear open during her wanderings. I think it’s good for her feet to stretch out and she enjoys the independence. This is a bird that took me two days to coax out of her cage 7 or 8 years ago. So if Pepper wants to take a stroll and she isn’t getting into any trouble, what’s the harm?

By the same token, I  don’t like shower perches. What’s the point? I don’t think they’re safe and it’s simpler just to put them on the floor of the tub and call it a day. I guess I have certain ideas about what I think is safe and what others think. That’s my opinion, but they are your birds. If you think shower perches are fine and if you have never seen one fall off the side of the shower stall like I have, then by all means, have at it. But that’s one risk I’m not taking. However, I’m not going to run around screaming, “The Perch is falling! The Perch is falling!” and chastising you for using one. If you have no issue with it, then fine.

That Could be Dangerous! (So is walking outside…)

My friend Shari had a wonderful little Grey named Iko that loved her little stuffed toy and box. The toy was her baby and the box was her nest. She spent hours with “Baby” in her box and it was something she loved to do. And yet, I’ve read people who are worried about suffocation, their bird getting stuck in a box, and other dangers about this situation. Shari let Iko have her baby and her box and Iko was happy. Iko never got stuck, her baby never suffocated her and it was simply wonderful for Iko. Shari let Iko be happy.

Common Sense Should be More Common…

We all have to make decisions for our flocks every day. All I ask is that you let common sense prevail. And for God’s sake, let them be birds. Let them make decisions. As long as they don’t jeopardize their health or safety, allow them a little elbow room. I’m all for safety for our birds. But I’m not going to wrap them in bubble wrap to keep them that way.