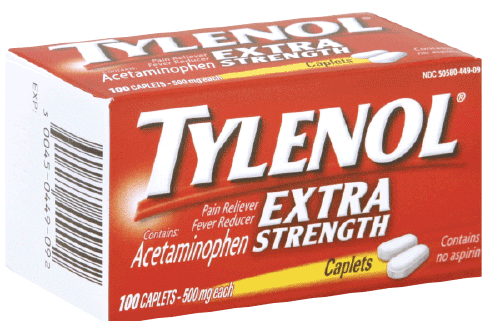 As Johnson & Johnson titled their Corporate report for 1982 in the wake of the Tylenol tampering, 2011 was for me, “An Eventful Year.”

January was a chilly month here in Florida and an active one for me as January normally is. The Houston Parrot Festival occurs every year in January which is an incredibly fun event. I plan on going again this coming January.

As the year progressed, I blogged away, yakking about this and that as thoughts occurred to me, and I managed to cobble together a couple of pretty funny and entertaining quizzes that were shared be many. The post, “Preparing Yourself For Getting a Bird” proved to be a popular way of testing your “Parrot Readiness.” I was in a squirrelly mood that day and wanted to include a humorous test for people about getting a bird. It worked.

The “Animal Superheroes Contest” turned out to be one of the more popular posts of the year. There were so many entries that were incredible! But “Bart Man” and his Crew reigned supreme:

My essay, “I Don’t Believe in Starter Birds” rocked a few forums and became a subject of debate and discussion. It was occasionally referred to when someone on a forum asked what kind of “beginner “bird” they should get. You already know my opinion on that subject.  What began as a post about Irene Pepperberg coming to South Florida to speak and appear at a fundraiser dinner turned into a little fundraiser of its own.

From the post, “Dinner With Irene,” sprang “The Latte Factor Campaign.” I suggested here and at Facebook and Twitter, that everyone forgo one cup of their favorite designer cup of coffee, and send the money to The Alex Foundation.  It worked.

Right after this little adventure, The Midwest Bird Expo rocked the Chicago suburbs, as did the “Choppettes,” who ground, chopped and bumped their way into producing an enormous heap of Chop for the Bird Lovers Only Rescue. 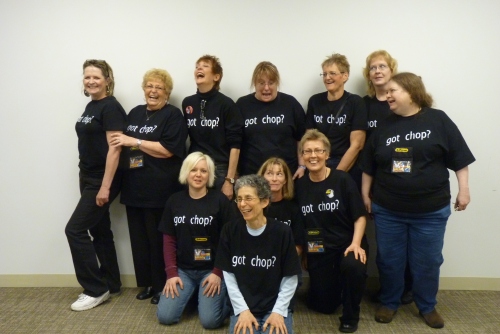 Of course, it was during this little adventure that I woke up to Cookie the Penguin going solidly viral at Youtube. CBS Miami did a story about it, my life went nuts at that point and doesn’t appear to be getting any saner.

All along the way, my “Chop Concept” was gaining ground and due to the blog, high interest in a low-cost, low effort, efficient way of feeding good stuff to your birds, people were clicking on the blog videos of how to make Chop.

At the end of June, I lost my dog Mattie. Naturally, I was devastated and still miss her and think of her every day. She remains one of the most wonderful things that ever walked into my life. I wrote about it here: “Moving Through the Pain.” 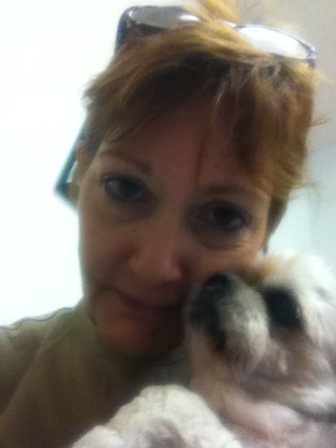 Around August, the feathers hit the fan with this post, “An Urgent Situation.” This was the breaking news of the Troy, Ohio parrot hoarding incident and I was told about it two days before the rescues went in to attempt to get the birds out. Initially, I didn’t want to report it as I normally don’t post that kind of thing, but I relented and it became the tipping point to a wake-up call.

This, was the wake-up call: My post “An Avian Auschwitz” turned the tide in revealing hideous details of the situation and remains one of the most read and most shared posts here at PN. I wrote only two posts about the matter simply because I wrote only what I knew about it. I wasn’t there, I didn’t witness it and I’m not comfortable with speculation. But these posts did get around and people truly began realizing how much things need to change.

I thought about this and other matters during a vacation in Charleston and cooked up this post with my idea for a “Summit.”  This began a dialogue that went well into Autumn. But what really got people talking was the video Best Friend Animal Society released on their Channel at Youtube. “The Truth About Parrots” was and still remains controversial and stirred up a dust storm that 20 molting cockatoos pale in comparison.

There were, of course other posts that were fun, well-received and entertaining to write. I’m still writing for BIRD TALK and The Bird Channel which I love. But this pretty much covers most of the highlights of 2011.

Was it an eventful year? Very much so. Not all of it was good. But so many good things did happen and it made the year a good one for Aviculture. While there were many negative events, birds got adopted or rescued, more people are learning how to better feed and care for their birds, and the awareness of the fact that something needs to be done about situations like the Troy, Ohio incident got people to think. To take stock of their own flock’s care and perhaps what they can do to pay it forward in some way.

And to me, that makes it all worth it. Thank you all so much for stopping by this year, and I hope you check out next year’s adventures. I don’t know what’s going to happen in 2012. But I sure hope it’s interesting.