I’ve been thinking about the culture of aviculture. Not just about what it is that we do to keep birds in our homes and our lives, but how it affects us as a community. It is a specialized world, probably not unlike people who are interested in religion, or insects or trains.

We have a commonality and a particular set of attributes that bind us. We have become a “Tribe” of sorts, not unlike the growing community of  “Mac Heads”  who are loyal to the products of Apple. A definition of a tribe:

1. A unit of sociopolitical organization consisting of a number of families, clans, or other groups who share a common ancestry and culture and among whom leadership is typically neither formalized nor permanent.

2. A political, ethnic, or ancestral division of ancient states and cultures, especially:

a. Any of the three divisions of the ancient Romans, namely, the Latin, Sabine, and Etruscan.

b. Any of the 12 divisions of ancient Israel.

c. A phyle of ancient Greece.

3. A group of people sharing an occupation, interest, or habit: a tribe of graduate students.

And not only are we similar in many ways, we have managed to find each other and connect to the internet. This has had a profound effect on our “Tribe.” No longer are we as dependent on any “High Priests” as a source of information. Social media has leveled the playing field and useful information is shared freely while total crap is shot down and questioned. The information has become liquid and elastic, changing and bending as it is updated and improved.

In other words, more and more people are getting more solid information, and our birds have become healthier and happier as a result. For instance, my “Chop Recipe” posts alone have had close to 10,000 views. And that’s not counting how many people who have copied, pasted and sent on the blog posts to other people or printed it. This is just one useful bit of information on how to better feed your parrot. Just one concept!

So what are we all doing? What does this all mean?

We’re all connecting with each other, sharing ideas and helping each other through this one weirdly binding similarity: We have birds in our homes. I’m sure we all have other things in our lives that we share, but that’s not what brought us together.

This tribe of ours, the one I call “The Parrot Nation,” is powerful. There are offshoots, subsets, and special interest sub-tribes, such as people who have Quakers, or pluckers or allow their parrots to live cage-free. There are subsets who support a particular parrot rescue or believe in a certain way of doing things. There are people who love parakeets, canaries or train their birds using applied behavior analysis. There are raptor groups, bird clubs, budgie societies and people who breed birds.

But there is one thing that is unshakable, irrevocable and binds us to each other. And that is our birds and our love for them. 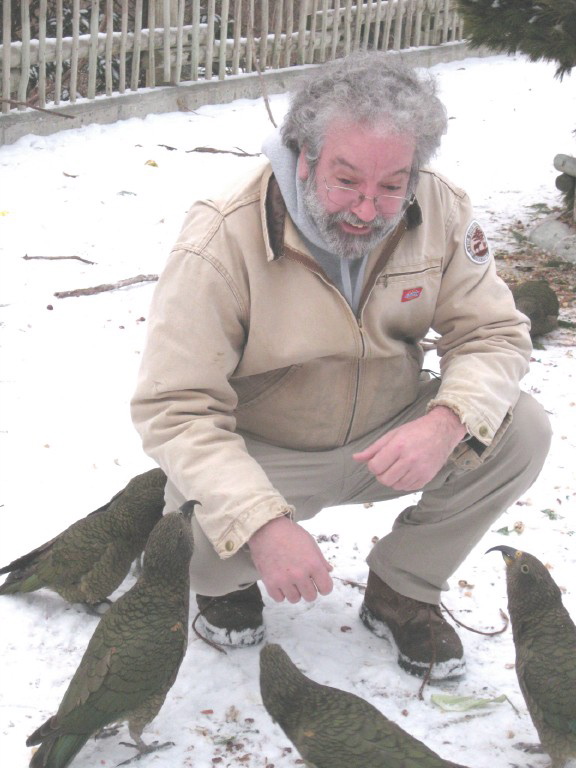 This is very powerful and gives us an immense amount of leverage. Together we can change things. Together we can enlighten, educate and edify. In a sense, we have all become leaders of our own sub-tribes by being able to find good information and passing it on.

Before the internet, the best that existed in finding good information about birds and their care were books, magazines, and bird clubs. In other words, “someone else” was deciding if any piece of information was worthy of being passed on. This limited the sources to a specific group of people. Publishers released books that someone wrote based on their reputation for selling books before. This was how some really awful information became cemented in the minds of so many people and became urban legends. Aghhh!  I’ve read so much egregious stuff about birds that it makes my head spin. Like this little gem:

“I am getting married in September and I’d like to have birdseed thrown instead of rice. Hard, dry rice is harmful to birds. According to ecologists, it absorbs the moisture in their stomachs and kills them.”

If this were true, there wouldn’t be a bird alive in China.

“Never let a bird get higher than your head because he will “dominate” you.”

This is all a load of bird doo-doo. Regarding shouldering your bird: It should read, “Never shoulder an untrained bird or a bird you don’t know.”  And there is no such thing as height domination.

The internet is changing this “Information From On High” concept. Are there people who know more than others about keeping birds? Of course!  But no longer are they sitting by themselves and hoping beyond hope that someone who needs their skills and knowledge will get the information somehow. Now there are weirdly indirect, yet more effective ways for good information to be passed along.

This blog is just one example. My posts about the “Chop” recipe, for instance, have been translated into some languages I didn’t even recognize. I didn’t send these people the posts. Someone else did. Or they wanted the information, googled it and found it. Or they “read about it somewhere” which led them to my original posts. Someone or something led them to the information.

Writing a post about the “Chop Concept” changed many people’s ideas on how to feed their birds. I have tracked the concept down to bird forums, other blogs, even an online newspaper in Texas. It’s making a change. An impact. And it has bettered many birds lives due to it.

And you know why I even wrote about it in the first place? I couldn’t think of anything else to write about that day. I didn’t think it would matter. Writing about “Chop” was originally a “placeholder.” That post was a fluke. I wrote about making “Chop” because it was what I did that day that was about my parrots.  I wrote about it because I just didn’t have anything more pertinent to say.

Then the poop hit the fan. Somehow, the post about “Chop” began getting hits. A lot of hits. Because of this, I wrote a better and more detailed post with photos. Wham! Questions, emails, and posts on Facebook about it. It took on a life of its own. I did a podcast about it. And the hits just keep on coming. Is that important? Apparently, it is to the people who want the information.

I use the “Chop Concept” as an example only because I know the backstory to it. I know the timeline of it and I know where it’s been.

But other people have done the same thing: Robin Shewokis with her information on enrichment and Barbara Heidenreich’s information on training are just two examples of information on aviculture getting out to the world.

Good information is no longer difficult to find. But of course, neither is bad information.

But with our “Tribe,” we can ferret out the good stuff and discard the crap. We can become leaders, traffic directors, and policemen in our own tribe. We can bond together, support the good ideas, and squelch the bad information.

It is that bond, that structure, that sense of belonging to our culture that can raise the bar of how we keep our birds. We know where we are. We know that we belong. It’s up to us to make our tribe, the “Parrot Nation,”  a smarter, healthier and better informed global community.